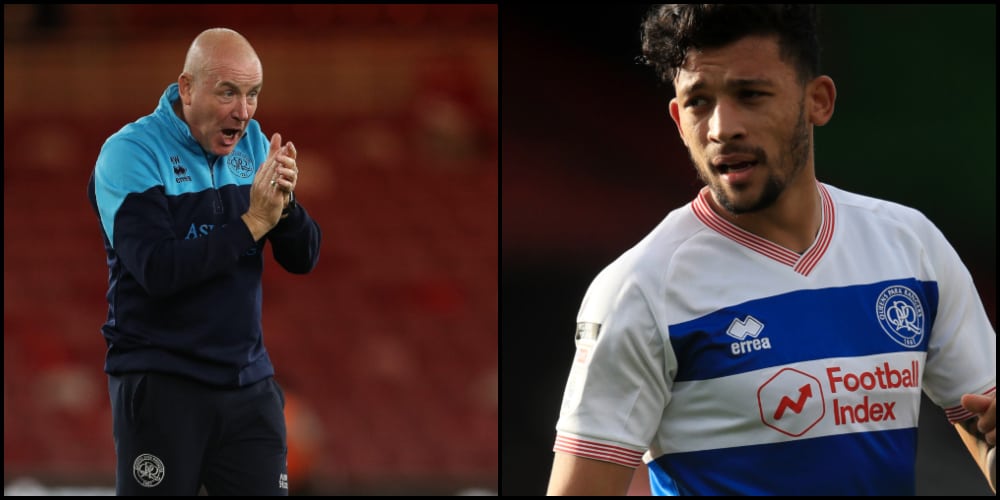 Macauley Bonne has been told that QPR will decide whether he stays at Ipswich Town and not him.

The Ipswich-born Bonne, 26, has scored 11 League One goals in 17 appearances since joining his hometown club on a season-long loan.

Rangers, who signed the striker from Charlton last year, have an option to recall him in January.

Bonne struggled in his first season in west London and was behind the likes of Lyndon Dykes and Charlie Austin in the pecking order prior to his loan move.

He has made it clear he wants to stay at Portman Road.

But Mark Warburton, who was without both Dykes and on-loan forward Andre Gray for Friday’s win over Luton, insists QPR will take Bonne back if they need to.

The Rangers boss said: “Macauley is our player. It’s as simple as that. He’s gone out on loan to play games and get experience.

“Right now we’ve had some injuries to our strikers. If it’s the right thing to call Macauley back then absolutely we will do. If it’s not the right time then we won’t.

“However, on Friday night we only had one striker available. If the situation is such then we’ll act in the best interests of QPR.

“Overall, it’s about the club and our team and doing what’s right for QPR.

“So we’ll see what the situation is as we get towards January.”

Warburton’s comments come after recent remarks by Bonne, who said he would be “angry” if Rangers ended his loan spell.

That hasn’t gone down particularly well at his parent club.

“I don’t want them to recall me,” Bonne told the East Anglian Daily Times.

“I don’t want to go back and be third or fourth choice, coming on for a few minutes, when I’m thriving here.

“I was sitting on the bench, gaining weight eating jaffa cakes, and I can’t do that.

“I’ve found my sharpness, I’m on a roll and if they put a pause on that I’ll be angry.”

“I’ve never seen them since I’ve been here. If they are around then I’d like to get them for the coaches’ office.”

He added: “On a serious note, you can interview players at emotional times.

“I would hope that, in this instance, the player was interviewed maybe in an emotional time after the final whistle etc. You’ve got to be careful what you say.

“He’s contracted to QPR, we paid good money for him and pay his wages. I’m sure Macauley would be very conscious of that fact.”