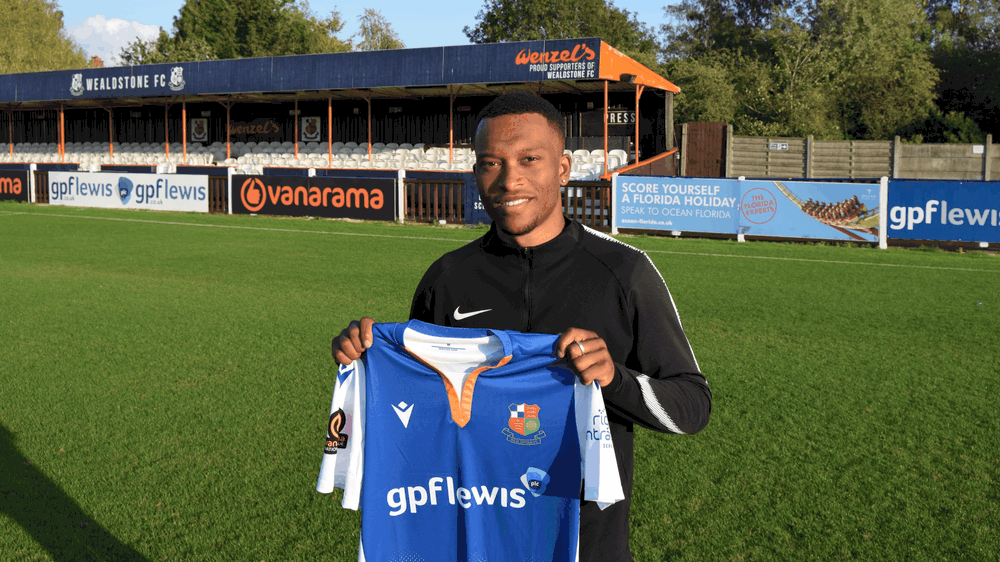 Wealdstone have signed Jorome Slew and Adel Gafaiti ahead of their National League opener at home to Chesterfield on Saturday – with more additions expected to follow shortly.

Slew is the third player from Maldon & Tiptree to sign for the Stones this summer following the arrivals of Danny Parish and Charlee Hughes.

The 22-year-old striker spent a brief spell at The Vale back in 2018 and scored more than 30 goals for Maldon & Tiptree last season.

He said: “It’s good to be back playing in familiar territory.

“I’m ready to come back here and score some goals.”

He is also joined by Algerian defender Gafaiti who has previously played for Rangers, Norwich City, Oldham Athletic and Truro City.

The 26-year-old appeared as ‘Trialist T’ during pre-season and has been capped by Algeria at Under-20 level.

He said: “I’m really excited to be here and I can’t wait to get started.

“To have the chance to play football at this level is great and I have to thank Dean Brennan for the opportunity he’s giving me to show myself.”

The signings were aided by the StoneShare scheme which sees fans purchase shares in the club and has raised almost £45,000 since it was started.

But it was announced in a statement earlier this week that the club will no longer have any paid employees except the management and players after the end of this month due to the current financial situation caused by COVID-19.