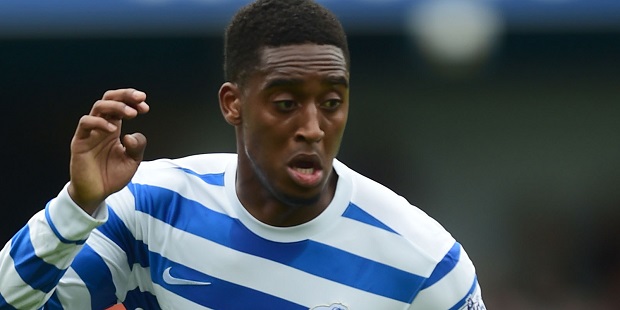 Leroy Fer has completed his move from QPR to Swansea City in a deal potentially worth £4.75m.

West London Sport recently revealed that a fee had been agreed for Fer, 26, to move to the Liberty Stadium, where he ended last season on loan.

The Dutch midfielder, 26, has signed a three-year contract.

He moved to Loftus Road from Norwich City two years ago and made 48 league appearances for the R’s, scoring eight goals.

Rangers have been keen to offload him for some time – a proposed loan move to Sunderland fell through after he failed and medical and discussions about a potential move to PSV Eindhoven came to nothing before he eventually joined the Swans.

Matt Phillips is also set to move on after QPR have accepted a £5m bid from West Bromwich Albion.

Albion had an offer of £7m for the 25-year-old winger rejected last summer but have retained their interest and they submitted a new bid following a recent enquiry.

Phillips was left out of Rangers’ squad for their pre-season trip to the Netherlands ahead of a possible move.

Having initially demanded £10m for him, QPR have sought to cut a deal after failing to win promotion back to the Premier League last season.

Middlesbrough had a bid rejected in January and several other clubs have since expressed some interest, but the player looks set to move to The Hawthorns.

He has made 90 league appearances for the R’s, scoring 14 goals, since being signed from Blackpool in 2014.

Tozser could go too

Daniel Tozser is not in Jimmy Floyd Hasselbaink’s plans and has also been left out for the Dutch trip, which is scheduled to include friendlies against PSV Eindhoven and Groningen.

Tozser, 31, was signed a year ago, swapping Watford – where he enjoyed a promotion-winning season while on loan from Parma – for a troubled QPR side that struggled under the then head coach Chris Ramsey.

The Hungarian quickly became unhappy and has subsequently fallen well out of favour with Hasselbaink, who took over as Rangers manager in December. Both parties are keen for Tozser to move on this summer.

No response from Hoilett

Meanwhile, QPR are almost ready to accept that Junior Hoilett will not be returning.

Hoilett, whose contract recently expired, was made a ‘take-it-or-leave-it’ offer by the club two weeks ago and Rangers have not heard from him since.

“We have offered Junior a very good deal and the ball is in court,” said Hasselbaink, who was keen for the Canadian to stay stay.

Hoilett, 25, told Rangers shortly after the end of last season that he was keen to leave and had no interest in re-signing.

Rangers maintained contact with his representatives, who are looking to secure him a move to a Premier League club but recently indicated that Hoilett could be persuaded to stay at after all.

However, club officials were not convinced and there is now even less expectation that he will be at QPR this season.