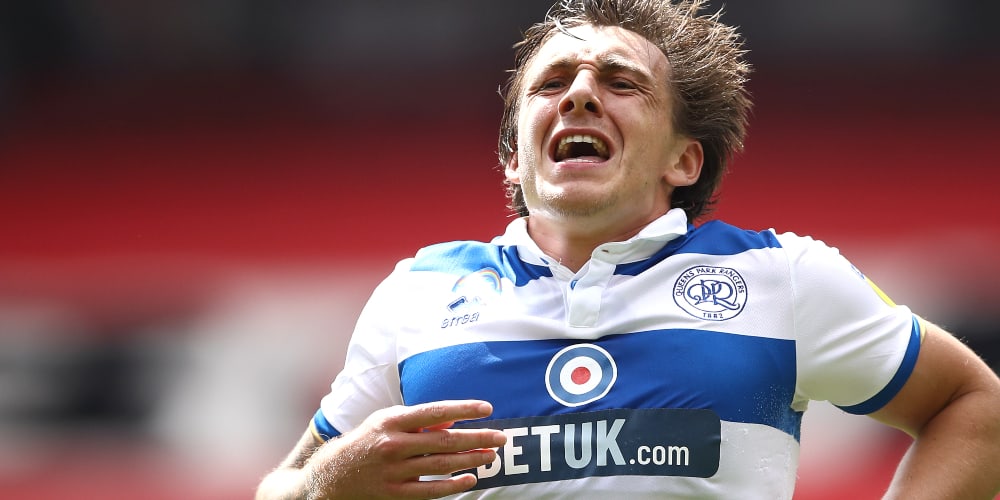 QPR are hopeful that Jordan Hugill will return for Saturday’s game against Millwall.

The on-loan West Ham striker has missed three games since injuring his hamstring while scoring during Rangers’ recent win at Middlesbrough.

He has returned to training and manager Mark Warburton is confident he will be available again this weekend.

Lee Wallace, who rejoined the squad for Tuesday’s 1-1 draw at Luton, where the Scot was an unused substitute, is also being lined up for a return to action.

Hugill has scored 15 goals this season and QPR have been heavily reliant on him since Nahki Wells left in January.

His absence has left Rangers without a senior striker and his goal at Boro secured their only win since the season resumed.

Hugill’s fitness will be assessed on Friday and it currently seems likely that he will be given the all-clear to play against the Lions.

“He was at the training ground putting in a good session, as was Lee Wallace, so very close.

“To lose players like that – to lose that seniority and physicality – is very hard.

“At set-pieces alone, they become so hard to defend against.

“But they’re very close now and hopefully available for selection at the weekend.”

Young striker Aramide Oteh has been unable to make an impact in Hugill’s absence and Bright Osayi-Samuel has similarly struggled as a makeshift option.

Midfielder Ilias Chair was therefore asked to play as a centre-forward at Luton, where Dominic Ball’s equaliser secured a point.

It was Ball’s first goal for the club and spared QPR a sixth defeat in seven matches.

Warburton felt that Chair deserved credit for his performance.

He said: “Ilias is not a natural centre-forward, obviously, but he put in a great shift for us.

“And I’m delighted for Dom. He timed his run well and it was a good, technical finish.”

While QPR prepare to welcome back Hugill, there is much less positive news on Angel Rangel.

The veteran defender was carried off on a stretcher at Luton with what appeared to be a serious Achilles injury.

Warburton said: “It looks a nasty one. He felt his Achilles. There was no-one near him. We have to hope.

“We’ll see what the scan shows. I’m never going to say anything medical until we know what the outcome of the investigation is. But it didn’t look nice. It’s very upsetting for him.

“We’ll get him assessed. He’s in a boot at the moment and the medical here, who are top drawer, will look after him.”