Warburton and Ferdinand among staff taking pay cut at QPR 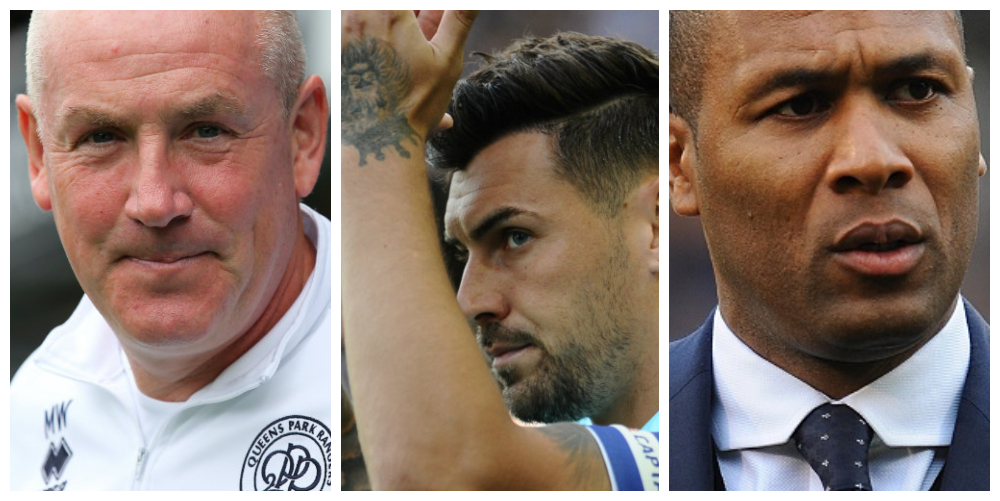 Mark Warburton and Les Ferdinand are among those to have taken a pay cut in order to help QPR through financial difficulties caused by the coronavirus crisis.

The club announced on Wednesday afternoon that it had placed a number of staff on furlough leave “in order to protect jobs in the long term”.

Those not furloughed have agreed to their wages being reduced.

They include manager Mark Warburton and his coaching staff, director of football Ferdinand and chief executive Lee Hoos.

The furlough period will last for an initial two months and will be reviewed at the end of May.

What about QPR players?

Rangers are also in discussions with the Professional Footballers’ Association over the issue of their players’ wages.

Football matches have been halted until at least 30 April because of the coronavirus pandemic.

That suspension is expected to be extended and there are doubts over how – or even if – the season will be concluded.

The situation has placed financial pressure on a number of clubs.

Speaking on behalf of the playing squad, captain Grant Hall told Rangers’ website: “I have been at QPR for nearly five years so I know just how special the people are that work at the club.

“The situation we find ourselves in is unique but, as players, we recognise we have an important role to play in assisting QPR through this challenging period.

“We are working with the club, and talks are ongoing between the League and the PFA.”

Hoos said: “This is not a decision taken lightly but is done so with the best interests of our club and its fantastic staff at heart.

“With the current suspension of all professional football matches until at least 30th April – and it is fair to assume this will be extended – the club is having to respond to the economic pressures it faces.

“There are a large number of staff who are unable to carry out their roles so we have taken the decision to utilise the government’s newly-announced wage support system.

“As a club, we will be topping this figure up to minimise the impact on our staff’s financial well-being, while also reducing the possible need for redundancies when we come through this period of uncertainty.

“All our staff, whether furloughed or not, understand the reasoning behind this decision and have been incredibly supportive of the club at this time.

“This is not just a prudent business decision, this has been an incredible demonstration of solidarity amongst all staff.

“Everyone has given up something to help all of us get through this.”