Wealdstone defender Stevens could be out for eight weeks 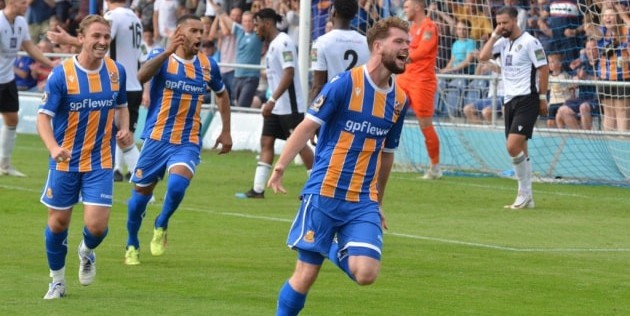 Wealdstone defender Connor Stevens is expected to be out for around six to eight weeks with bone bruising to his knee.

The central defender has struggled with the injury all season and is yet to make an appearance for the Stones so far this campaign.

Boss Dean Brennan will also be without Dan Wishart, who is suffering from a dead leg, and Alex Dyer, who has a calf problem, for Tuesday’s trip to Eastleigh.

But Kundai Benyu has been cleared to play after recovering from a recent ankle injury.

The Stones were due to face Dover Athletic on Saturday but the game was postponed due to their opponents awaiting COVID-19 test results, which all came back negative.

It means Brennan is still targeting a sixth National League win in a row at seventh-placed Eastleigh.

Meanwhile, goalkeeper Grant Smith has been released after a short spell with the club.