The Chelsea head coach pushed hard for the club to sign Higuain, who previously played under him at Napoli.

Higuain, 31, was duly brought in on loan from Juventus with a view to a permanent move, but his brace against Huddersfield early last month are his only goals for Chelsea so far.

Sarri was reminded at a media conference on Friday afternoon that he said after Higuain’s arrival that the Argentine striker needed to deliver quickly.

Sarri replied: “I think the contribution was really very good in the last match – he was able to play with team-mates very well.

“So I think he needs to improve in the physical condition – especially the acceleration – and then he will be able to score of course.”

Sarri also reiterated that “the Kepa situation now is closed” after the goalkeeper was dropped for the midweek victory over Tottenham for refusing to leave the Wembley pitch when the Italian wanted to substitute him during Sunday’s Carabao Cup final against Manchester City.

He said he had not yet decided whether Kepa will play against Fulham on Sunday, but added: “I am sure in one of the two next matches Kepa will be on the pitch.” 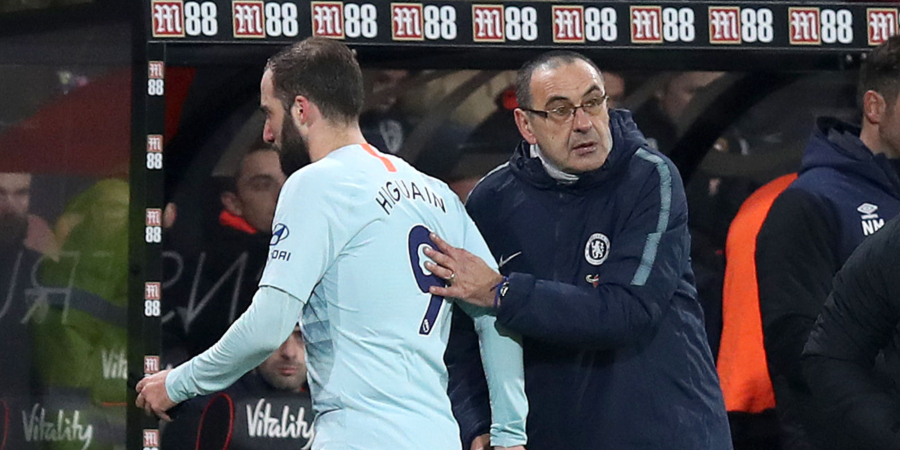