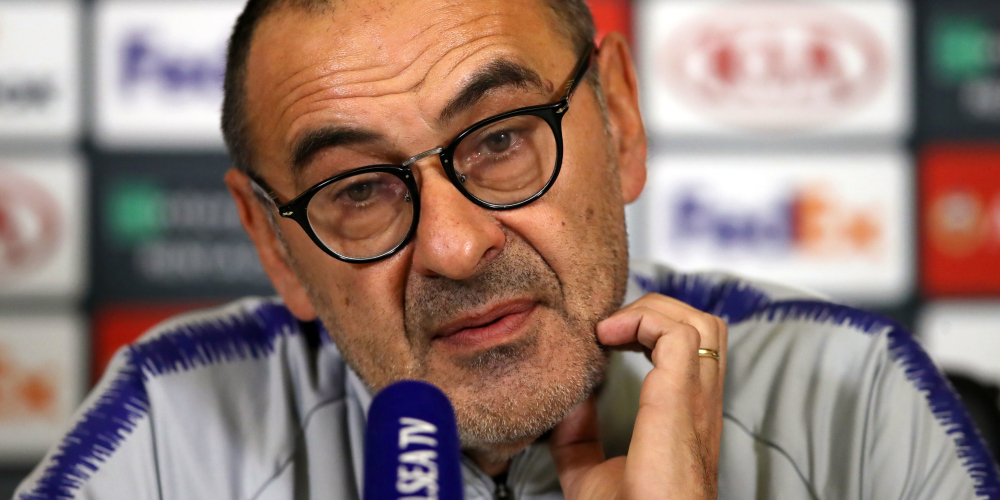 The Blues head coach will assess the fitness of his players following two gruelling recent matches.

Sunday’s Carabao Cup final against Manchester City went to extra time and penalties and on Wednesday night Sarri’s side beat Tottenham in a crucial Premier League game at Stamford Bridge.

Speaking at a media conference on Friday afternoon, Sarri said Chelsea had no injury concerns but that changes would be made this weekend.

“I want to see the last two training sessions for every player,” he explained.

“We need to value the recovery because we ran for 15 kilometres on Sunday on average (per player) and the average of the last match was 12.

“So we need to consider that. I need to value the recovery of every single player and then we have to decide.

Sarri reiterated that “the Kepa situation now is closed” after the goalkeeper was dropped for the Tottenham game for refusing to leave the Wembley pitch when the Italian wanted to substitute him against City.

He said he had not yet decided whether Kepa will play against Fulham, but added: “I am sure in one of the two next matches Kepa will be on the pitch.”