QPR must be ready to ‘win ugly’ – Warburton 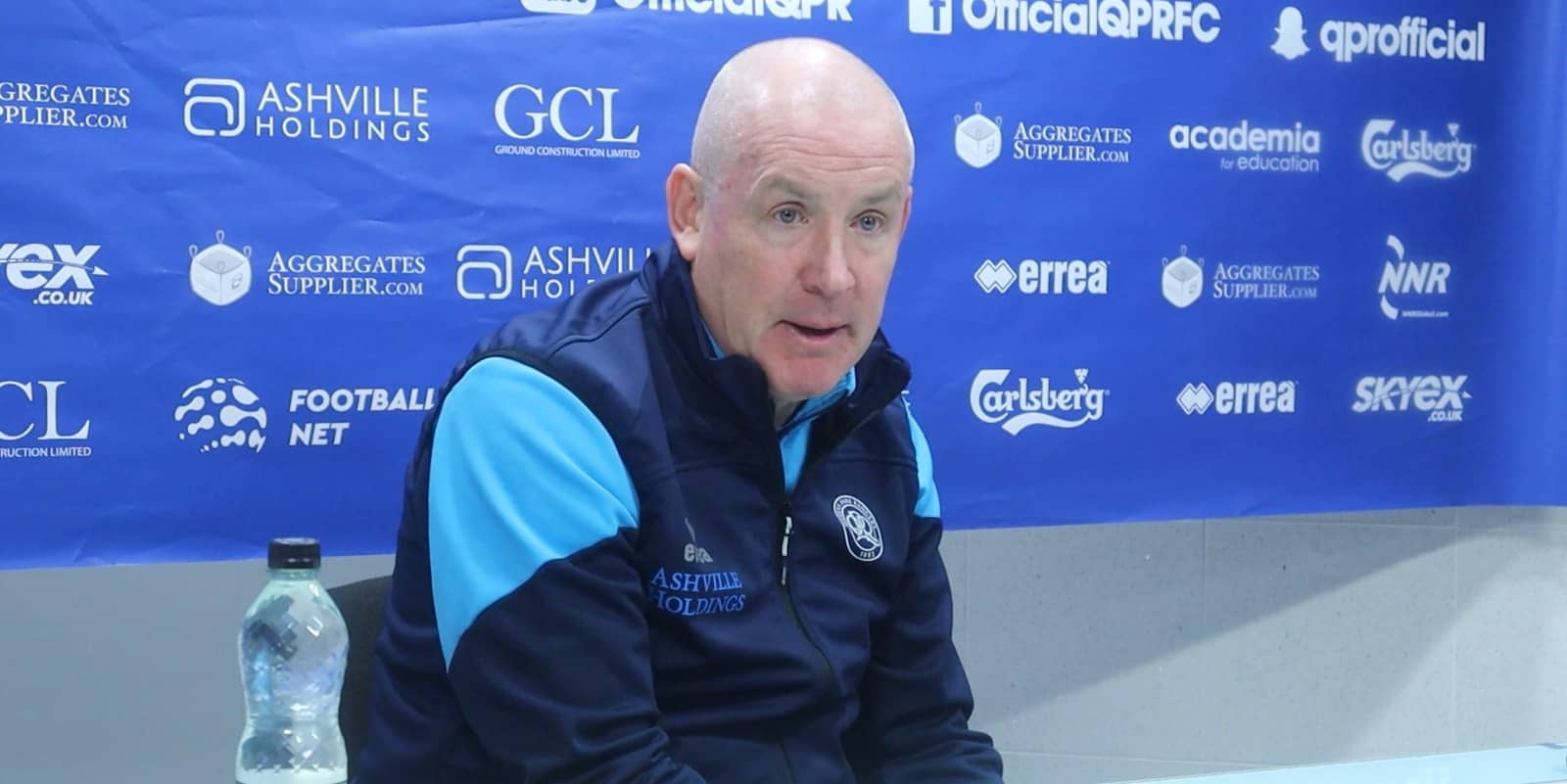 Mark Warburton says QPR need to be ready to “win ugly” in order to end their terrible run.

Having been in the thick of the promotion race throughout the season, Rangers have dropped to ninth in the table after suffering four consecutive losses – and six defeats in their past seven games.

Warburton’s future as manager is in serious doubt and his team desperately need a win at Preston this weekend.

They have struggled badly without Chris Willock, whose season has been ended by a hamstring injury.

Warburton said: “It’s challenging. The players worked hard and got us in a great position and now obviously we’ve had a tough few weeks.

“The squad have adapted well to the loss of key players, but there’s no doubt that we’ve lacked a cutting edge and we recognise the need to improve that area.

“We’re a team that were probably recognised for creating a lot of chances and having attacking impetus, and we’ve lacked that in recent games.

“If you have to win ugly, you win ugly. It’s about winning games, pure and simple.”

Warburton remains adamant that the players deserve great credit for their efforts this season.

“They’re good people. They want to win and they’re competitive animals, but it’s a good group of people.”

Stefan Johansen and Moses Odubajo are expected to return to the squad but there are other injury concerns ahead of the trip to Preston.

Odubajo missed Tuesday’s defeat at Sheffield United for personal reasons, while Johansen was unavailable after picking up a minor injury against his former side Fulham.

Johansen has since returned to training, but a number of players are struggling after suffering knocks during the Sheffield United game.

“We’ve got a few walking wounded, so I’m not sure right now how we’re going to look. Tuesday was a tough one physically.

“It’s not a smokescreen. We’ve certainly got some issues this morning to deal with.

“In terms of the team, I don’t know at the moment because we’re waiting on four or five. Stefan I think will be fine, but we have some other injuries.

“At this stage of the season you have various injures and that’s part and parcel of the Championship and of football.”

Meanwhile, Seny Dieng’s hopes of returning to action before the end of the season appear to be fading.

Dieng is out with a thigh injury and is one of four Rangers goalkeepers on the sidelines.