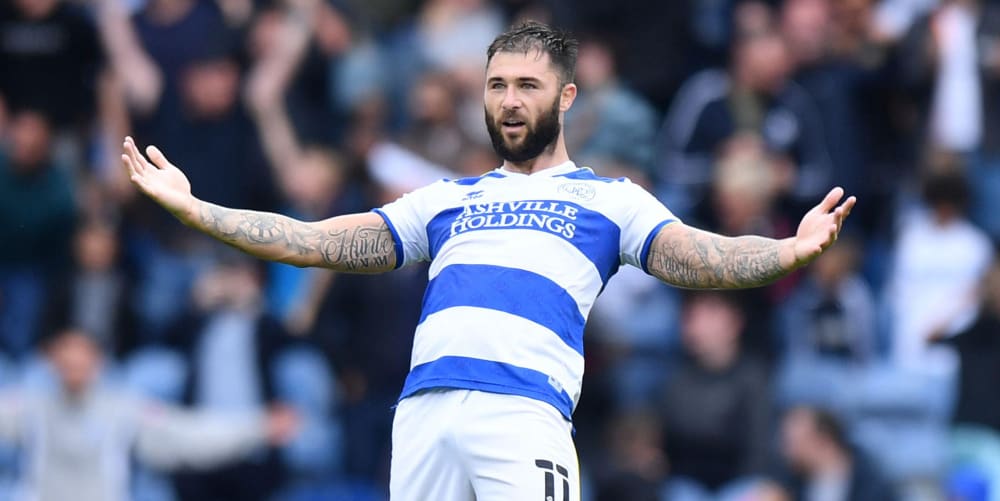 QPR boss Mark Warburton has thrown his full support behind Charlie Austin and says he has no doubt the striker will be back amongst the goals again soon.

Austin has found the net just three times this season and not scored in the league since the 2-2 draw with Barnsley in August, having been in and out of Warburton’s starting line-up.

The 32-year-old missed a glorious opportunity to score in the first half of the 2-1 loss at Peterborough when he fired wide from inside the six-yard box – four days after he was denied an 85th-minute goal against Sunderland in the fourth round of the Carabao Cup when he was incorrectly adjudged to be offside.

Austin then missed from the spot in the subsequent penalty shoot-out defeat by the Black Cats, but Warburton backed him to end his barren run in front of goal and said his contribution to the team is more than just goals.

“Charlie is tremendous around the place and his standing in the squad is well set,” Warburton said.

“He is a striker, they have streaks. Lyndon Dykes didn’t score for about 21 games last season, then once he did he couldn’t stop.

“That is the industry strikers are in. Charlie was definitely frustrated after the Peterborough, Sunderland and Forest games.

“But I thought when he came on the other night for Andre early in the second half at Cardiff he was he outstanding.

“He adapted to the pace of the game quickly and showed his experience in helping the side get back into shape when we attacked.

“I thought he delivered a really good 40 minutes.”

Austin could well partner Dykes against Blackpool on Saturday, with Andre Gray looking set to miss out due to injury.

Dykes produced a gutsy 90-minute performance against Cardiff after recovering from an ankle injury that saw him leave the Kiyan Prince Foundation Stadium in a moon boot last Friday after the 1-1 draw with Nottingham Forest.

The Scotland striker, who is due to join up with Steve Clarke’s squad on Sunday despite being suspended for the midweek clash with Moldova, has played over 80 matches for club and country since joining Rangers from Livingston last year, and Warburton paid tribute to his durability.

“He offers an unbelievable work ethic, he pushes through injuries and not much really bothers Lyndon,” he said.

“He had a nasty ankle injury which he recovered from very quickly thanks to the job the medical team did with him.

“You saw the other night the shift he put in against Cardiff. In the last five minutes he was tracking back 60 yards to do a defensive job and I thought he was outstanding.

“But I am really conscious about the number of matches he has played.

“Next week he misses Scotland’s match against Moldova but I am guessing he will play against Denmark.

“He is playing a lot of football and it just making sure we don’t overload him.”