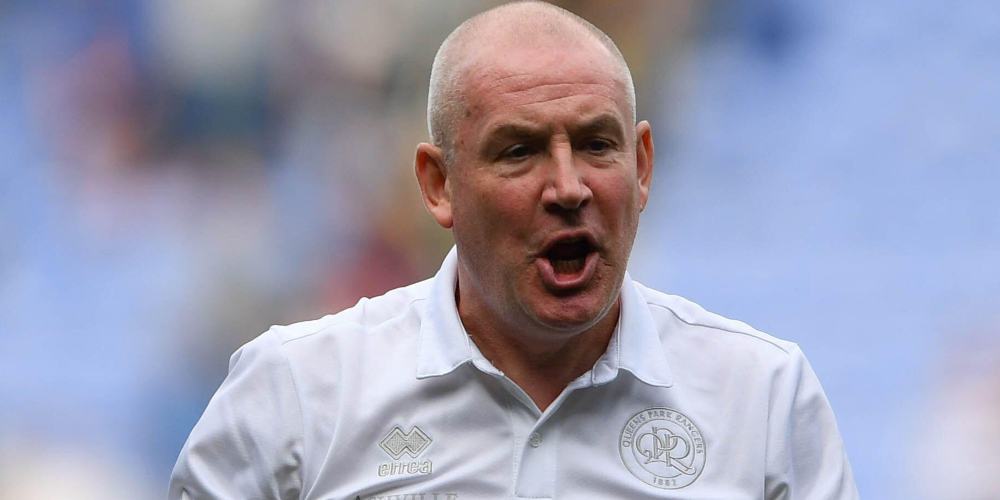 Mark Warburton has responded to social-media posts by Dom Ball by insisting the player hasn’t warranted a place in the QPR side.

The Rangers manager knows Ball well, having signed him when in charge of Watford’s academy and for Glasgow Rangers before bringing him to west London.

Ball, whose contract expires this summer, has featured in the Championship just once since January and has not started a league match this August.

Sam Field and Luke Amos returning from injury, plus the signing of Andre Dozzell, has seen Ball drop down the pecking order.

Earlier this week he posted that he was fit and available, seemingly showing some frustration at being overlooked.

Ive been receiving a lot of messages recently asking where I’ve been, am I injured, why Ive not made the match day squad? The simple answer is that the match day squad consists of 18 players and I’m one of those that has missed out…

I train every day, I’m fit as ever and will continue to push for my place as I always do. I absolutely love playing for QPR and am gutted by the teams recent results. Hopefully we can get back to winning ways to give everyone of our supporters a lift before the seasons end 🙂

“Right now he’s got to be better than Sam Field to play. Sam’s probably been one of our outstanding performers. It’s a harsh world,” Warburton said after Saturday’s 2-1 defeat at Preston.

“I’m not a fan of players putting stuff on Twitter. They can do it if they want to do it – it’s not going to change my opinion.

“I know how hard Dom works. I signed Dom when he was 11 years old.

“Sometimes you have to be patient and bide your time, and that’s the case with Dom unfortunately.”

Meanwhile, Rob Dickie is the latest key QPR player to be ruled out for the rest of the season.

Dickie has suffered a hamstring injury and will not be available for the remaining games of what is turning into a hugely disappointing campaign.

They have struggled badly without Chris Willock, whose season was recently ended by a hamstring injury.

Hopes are also fading that Seny Dieng – one of four QPR goalkeepers out injured – will return before the end of the season.

On-loan midfielder Jeff Hendrick also has a hamstring problem, although it appears to be less serious.

Rangers were without Dickie, Hendrick, Yoann Barbet and Lee Wallace for the loss at Preston.

The result cast further doubt over the future of Warburton, who believes Barbet and Wallace might be available for Friday’s game at Huddersfield.

He said: “I hope Yoann will be maybe a week. He’s had a swollen knee but that will hopefully go down. Lee Wallace, the same, hopefully will be available.”