Banfield: The Rangers can thrive even after star players move on 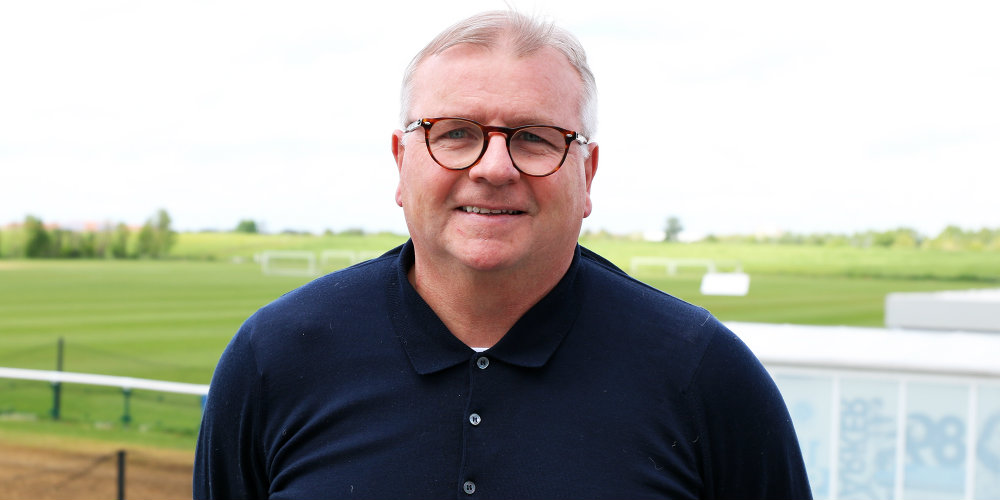 In some ways Neil Banfield is old school – many old-school QPR fans would definitely approve of the way he habitually refers to the club as “the Rangers”.

But he’s a progressive coach who has spent much of the past 30 years developing young talent.

He did it at Arsenal for two decades and is now a key member of manager Mark Warburton’s backroom team at the Rangers.

Banfield knows a good young player when he sees one.

And he has no doubt that QPR trio Ebere Eze, Bright Osayi-Samuel and Ilias Chair are destined for the top flight.

“They’ve got really bright futures and I think they can definitely grace the Premier League,” he says.

“They can all handle the ball, they work hard, have got a good attitude and they’ve been schooled really well.

QPR ‘a season or so away’

“Obviously we don’t want them to leave. We’d want them to stay at the club, get the club promoted and play in the Premier League for the Rangers.

“We’d love to get promoted and play with Ebs, Ilias and Brighty, but I think you’ve got to be realistic.”

He suggests it will be “maybe a season or so until we’re ready to challenge” for promotion back to the Premier League.

“And when you challenge to get there you have to stay there,” he adds.

“When it (promotion) comes it comes, you take it. But you’ve got to have a structure and a plan to get yourself in there so that when you are in there you’re going to be sustainable, not go up and down.

“If you’ve got a mixture of good young and senior players then I think you have a real chance.

“Sheffield United have done it with players from lower divisions. They’ve got an ethos and a structure.

“We’re seeing, and hopefully the fans are seeing, that there is now a structure and a way we want to develop.

“But the real world is that if a club comes in now with loads of money then those lads have got to go. It’s just a fact of life.

“If the offers come in of £20m and £20m-plus, I don’t think there would be many clubs that could turn that down.”

Banfield, who spent five years as Charlton’s head youth coach before joining Arsenal in 1997, sees the sale of players as part of an upward curve – if QPR can spend the proceeds wisely.

Brentford, Burnley, Sheffield United and others have grown even stronger as players have been sold in recent years and Banfield is convinced it’s the right blueprint.

“As long as it gets put back into the club and you go and get the next one, then you go again and can be stronger for it,” he says.

“It’s good that we’ve got these players that big clubs are watching. It can only be good for the Rangers.

“The way it is at the moment, the club will be a selling club. But if you’re producing good players then it’ll generate money for the club and you can fill it back in and it’s a good way to be.

“Developing good players is one of the strongest things a club can have. If you have good development and pathways into the first team then it holds a club in good stead.”

Warburton and Banfield were well aware of Eze’s talent when they arrived at QPR last summer.

And Banfield says John Eustace, who ended last season in caretaker charge and subsequently reverted back to the role of assistant manager, got it “spot on” when he told them Osayi-Samuel and Chair would also be ones to watch.

Osayi-Samuel’s progress in recent months has been immense and has in large part been down to work done on the training pitch.

“At first he maybe found it a little bit difficult, with a change of style and different things we were asking,” Banfield says.

“But Brighty’s really worked hard, listened in training and now he’s starting to really believe in himself.

“He’s causing all kinds of problems for sides. He can now understand what he’s got.

“With developing young players, it’s about knowing what you’ve got and how to use it.

“If we can give him that – an understanding of his game – that will transfer on to the pitch.

“He’s causing so many problems for defences and playing so well. It’s all down to his hard work and the way he listens.”

Charlie Owens is among the other young QPR players Banfield believes can make an impact at the club.

Signed after being released by Tottenham, the midfielder’s season was ended by a knee injury he suffered against Portsmouth in the Carabao Cup last August.

“Charlie has been really unlucky. He was just breaking through and got his knee injury, but I think he’ll come again,” says Banfield.

Thrown together at QPR

While the huge influx of players after Warburton’s appointment was well documented, less was made of the fact that his coaching staff had essentially been thrown together as well.

Having been at Watford and a pioneer of the NextGen Series – an Under-19 tournament involving several top clubs – Warburton knew Banfield well. He also knew Eustace from their Watford days.

But he had not worked formally with them before, or director of football Les Ferdinand and technical director Chris Ramsey. It was a whole new team behind the scenes.

Banfield explains: “I’d known Mark for some time. Mark was at Watford and ran the NextGen when I was at Arsenal. He wanted us in it and I wanted us to be in it because I could see it was going to be a big part of their development.

“We stayed in touch during his time at Watford, Brentford and elsewhere. He offered me the job in the summer and I was only too pleased to come across and work with him.

“I met John and (goalkeeping coach) Gavin Ward and we all got on really well. At first you find out where your niche is, but we’ve fallen into a good routine and it’s worked really well.”

Banfield’s niche at Arsenal was very much youth development, although he was promoted by Arsene Wenger to the role of first-team coach in 2012.

He left the north London club after Wenger’s long reign as manager ended in 2018.

Banfield also had a spell as assistant manager of the Republic of Ireland Under-21 side, working under QPR legend Don Givens.

In many ways Banfield’s career has come full circle.

He talks with much fondness about time he spent at Rangers as a young player before he eventually signed as a professional for Crystal Palace.

The east Londoner had trials with the R’s in the late 1970s, playing alongside several who went on to make their mark at Loftus Road.

“When I was trialling around I came to the Rangers and there was Gary Waddock, Clive Allen, Paul Goddard and others,” he recalls.

“I went a few times and played for the Rangers in trial games. They asked me to sign and I went to Palace instead.

“Over the years that have followed it’s always been nice to see people like Gary here and there. It brings back memories.

“The Rangers to me have always been renowned for good football and always been a good club that developed good players.

“Now what Les and Chris Ramsey are trying to push through is first class. We’ve got some good players coming.

“It’s hard when you’ve got Chelsea, Fulham and Brentford on your doorstep all developing players. It’s tough.

“But Les is determined and the manager is very pro giving young players a chance.

“It’s OK developing players but in the end you have to play them. Arsene used to say that it’s no good not playing them – you have to believe in them.

“That stayed with me and that’s part of what attracted me to the Rangers – the side of it where you do build your own players.

“And from what I’ve seen over these past 10 months, I think the Rangers are on a very firm footing with the players that are here now and may come along after.”