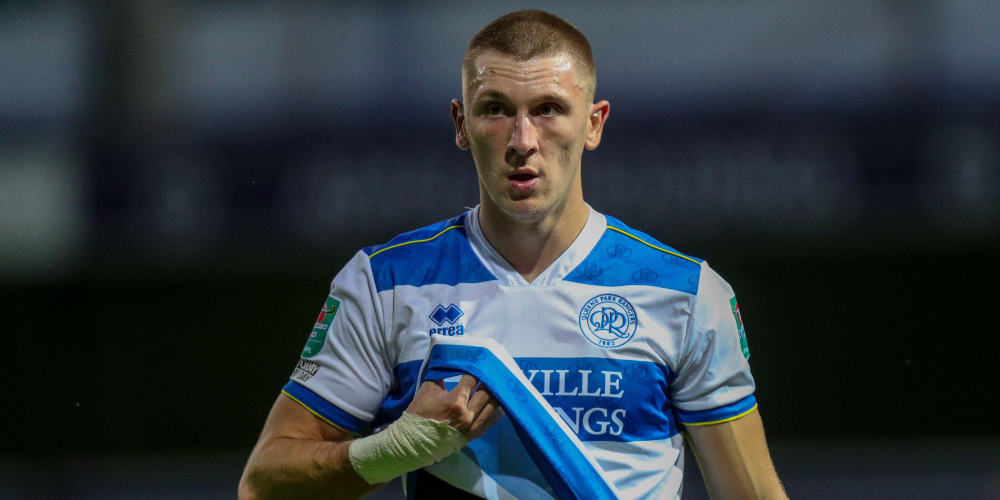 QPR reached the third round of the Carabao Cup with a 2-0 win over Oxford. Here’s how we rated each Rangers player.

Had a very decent game. Was alert to danger when balls were played into the box and organised the defence well.

His strengths are well suited to the role of right-sided centre-back and he showed typical enthusiasm. Did a steady job at right-back later in the game as well.

Outstanding again, defending superbly against his former club and scoring another belting goal.

The odd careless pass aside, the combative Dunne (pictured above) was excellent defensively and has the potential to be a fans’ favourite.

Lively on the right and tracked back when needed during a second-half spell of Oxford pressure.

Hauled off along with George Thomas after 35 minutes on Saturday, Dozzell responded with a composed display in midfield, showing his range of passing.

Needed to show something after Saturday and a general struggle to get his Rangers career off the ground. Grew into the game and looked effective once he got going.

Did well on his debut. Offered plenty going forward and looks likely being a very useful option on the left.

Great to watch when in full flow. Got lucky when his shot was deflected in for the second goal, but his overall display was bright and inventive.

Continues to impress. Linked up brilliantly with Chair in what is developing into a great partnership. Went close to scoring with a second-half strike.

Will be disappointed not to have scored and was unlucky in front of goal, but the young striker showed plenty of promise. He was lively throughout, linked play nicely and has obvious potential.

The midfielder impressed after coming on and was clearly desperate to make an impact. Fellow youngsters Ody Alfa and Joe Gubbins were later also introduced.