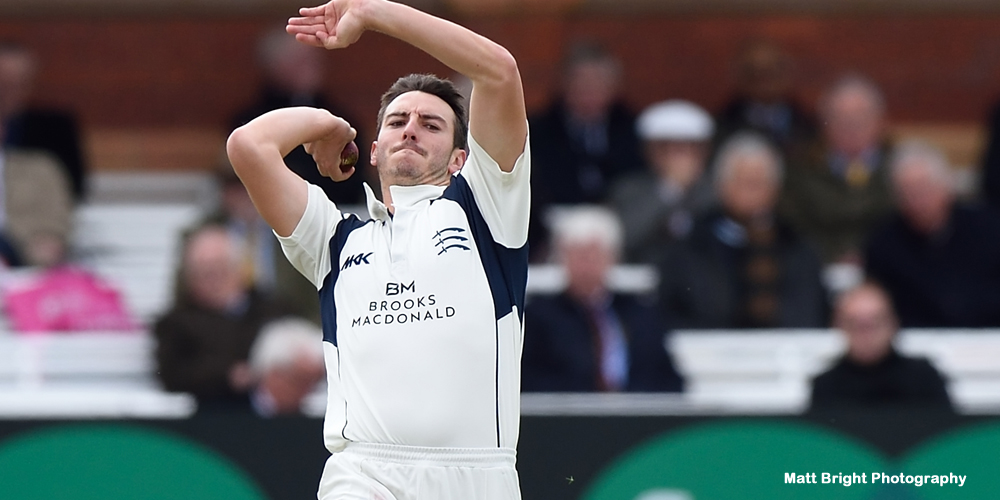 Middlesex hero Toby Roland-Jones admitted taking a hat-trick to win the County Championship could not be bettered.

Roland-Jones finished with match figures of 10-127 and sealed the deal after a contrived declaration had set Yorkshire 240 to win in 40 overs.

“If you want to pick a way to win the Championship it’d be right up there,” he said.

“After 16 games of hard work, for it to finish like that is unbelievable. It’ll last long in the memory.

“Both teams were prepared to put their chances of coming second on the line to push to win it.”

Jubilant skipper James Franklin admitted he was in the toilet when opposition captain Andrew Gale opened negotiations over a suitable target to chase, but defended the decision to get a result, even though it squeezed Somerset out of the title equation.

“There was a bit of toing and froing until it got to a point where both teams were comfortable,” he said.

“We spoke about that and felt that no matter what, we’re proud of what happened.”

Opener Sam Robson said he believed his side were worthy winners of their first Championship title since 1993.

Robson, who was out for nought in both innings in the decider, said: “I didn’t know you could be this happy after getting a pair!

“I think we were the best team all year. We won some big games right throughout the year and some were tough to come by as well.

“It’s a special day. You know how hard they are to win. Some players never win a Championship.

Spinner Ollie Rayner, who along with Roland-Jones and opener Nick Gubbins will join up with the England Lions squad this winter, praised the Middlesex supporters.

He said: “The fans have been great. They’ve been here all year, they’ve done all the trips with us.

“It’s been a tough season and we’ve done it the hard way. All credit to Yorkshire for holding up their end of the bargain. I think we’re worthy winners, having a tough time getting results at home.”

And director of cricket Angus Fraser – a member of the last Championship-winning squad in 1993 – predicted more good times ahead.

“This group of players will be around for a long time, and we can get better still over the next three or four years,” he said.