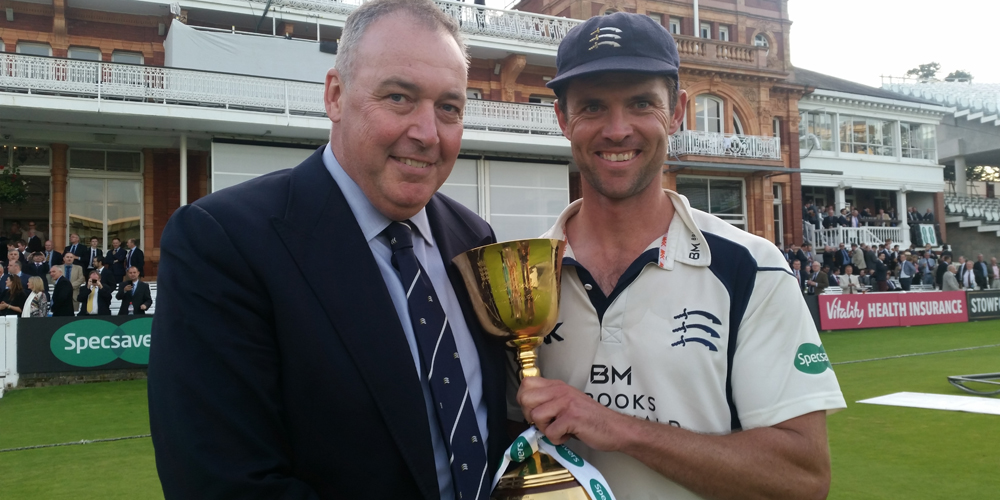 Middlesex all-rounder James Franklin has signed a new contract keeping him at Lord’s until the end of the 2018 season.

New Zealander Franklin, who turned 36 in November, captained the club to their first County Championship title since 1993 after Adam Voges missed much of the season through injury and international commitments.

He said: “I have really enjoyed my time with Middlesex, the highlight of which was undoubtedly lifting the County Championship trophy last season here at Lord’s.

“I’m really excited to be a part of a playing group that is not only hugely talented, but one that is also hungry for more trophies.

“The club is in a great place to build on the success we enjoyed last year and I am delighted to have signed a new two-year contract which will see me contributing to our progress on the field over the next couple of years.”

Middlesex’s managing director of cricket Angus Fraser added: “James has worked as hard as anybody in helping the club win its first County Championship title for 23 years.

“He remains a high-quality cricketer and as a senior player he sets a wonderful example.

“James is prepared to take on anything we throw at him and has helped us out of a number of tricky situations.

“For him, the team always comes first. He remains fit, motivated and ambitious and we all look forward to working closely with him for at least the next couple of years.”