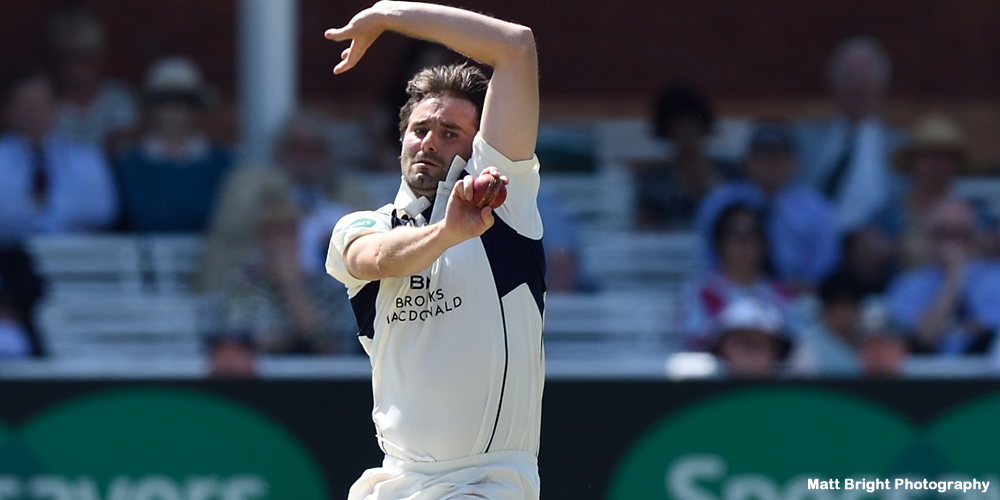 Veteran Middlesex seamer Tim Murtagh has signed a new two-year deal which will keep him at the club until the age of 37.

Murtagh took 43 wickets at an average of 28.53 last season to help Middlesex win their first County Championship title since 1993.

The Ireland international joined the club in 2007 from Surrey and in 277 appearances has hit almost 3,000 runs and claimed more than 700 wickets.

Murtagh said: “I have been extremely proud to represent Middlesex for the last decade, and to have seen the side develop and grow over that period to the point where we became County Champions this season has been one of the most rewarding things I’ve achieved in my career.

“I am very much looking forward to building on what we have achieved here and to hopefully finishing my career at Lord’s.”

Middlesex director of cricket Angus Fraser added: “Tim thoroughly deserves this new deal. We are lucky to have him.

“He continues to perform to an extremely high level and is a wonderful figure to have around the club.”

Batsmen Nick Gubbins and Stevie Eskinazi have also committed to their futures to the club since the end of the title-winning campaign.