Chelsea trio to be assessed ahead of Spurs clash 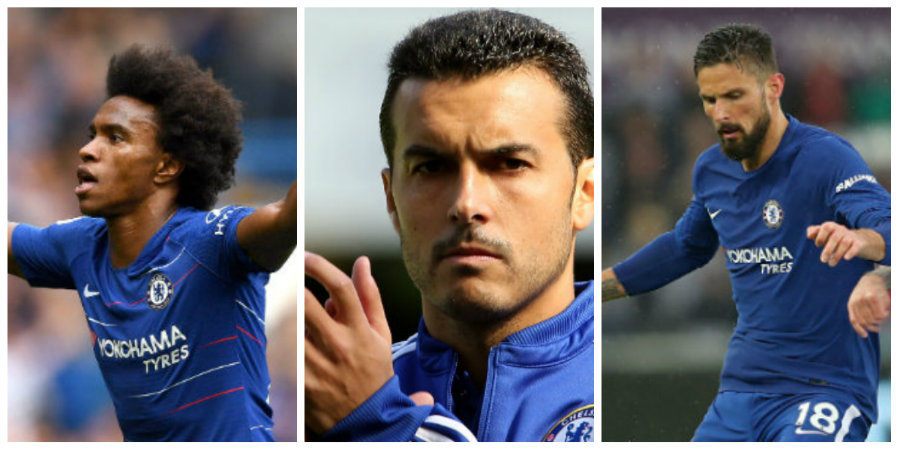 Maurizio Sarri says he is unsure whether Pedro, Willian and Olivier Giroud will be fit for Chelsea’s Carabao Cup clash with Tottenham.

Pedro has been out with a hamstring problem and Giroud with an ankle injury, while Willian has a calf strain.

Assistant boss Gianfranco Zola suggested last week that Pedro and Giroud were likely to return for the semi-final first leg at Wembley and that it was unclear whether Willian would be available.

However, speaking at a media conference on the eve of the game, Blues boss Sarri suggested there are doubts over the fitness of all three players.

Asked if they are likely to be available, Sarri said: “I don’t know at the moment.

“Pedro, Willian and Giroud are doing better. Yesterday they had training with the team-mates.

“I don’t know if they will be able to play tomorrow – maybe not for 90 minutes.”

Sarri also confirmed that Ruben Loftus-Cheek is unavailable and now faces a spell on the sidelines in order for a persistent back problem to be resolved.

Loftus-Cheek, desperate to establish himself as a first-team regular under Sarri, looked crestfallen as he went off during the first half of Saturday’s FA Cup match against Nottingham Forest.

Sarri said: “Loftus of course is out now. We need to understand the situation with his back because in the last month he was in trouble.”

Saturday’s game appears to have been Cesc Fabregas’ final appearance for the club ahead of a move to Monaco.

Sarri has been keen to keep the Spaniard but admitted that Fabregas, 31, “should go” after being offered a three-year contract elsewhere, with Chelsea unwilling to change their policy of only offering one-year deals to players over the age of 30.

“Cesc? No. I have no news about Cesc,” Sarri said when asked for an update on the player’s future.

Sarri added: “I don’t know if he is able to play tomorrow because in the last match, in the last 10 minutes, he had cramp. He needs to rest I think.”