Pedro and Giroud expected to return against Spurs 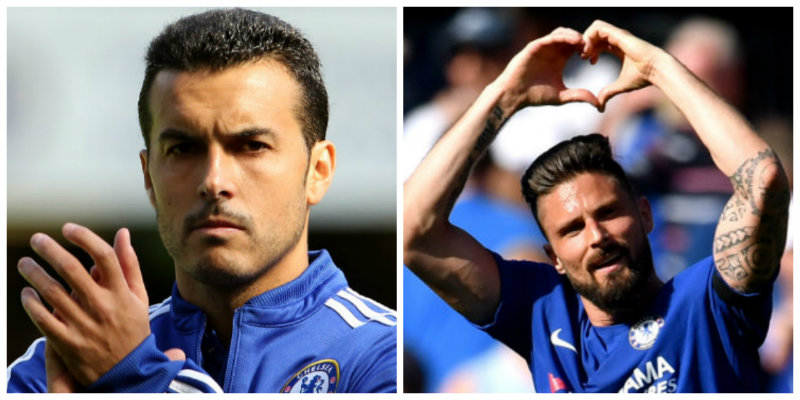 Pedro and Olivier Giroud are likely to return for Chelsea in Tuesday’s semi-final showdown with Tottenham.

Gianfranco Zola has confirmed that the duo will be unavailable for Saturday’s FA Cup tie against Nottingham Forest along with Willian, while Eden Hazard is likely to be rested.

But the Blues assistant boss believes Pedro and Giroud will be back for the Carabao Cup game at Wembley next week.

Pedro has been out with a hamstring problem and Giroud an ankle injury, while Willian limped off during the first half of this week’s goalless draw against Southampton.

Callum Hudson-Odoi, meanwhile, has returned to training after his injury and is set to feature this weekend amid doubts over his future at the club.

Bayern Munich have had an offer for Hudson-Odoi rejected and Chelsea are trying to persuade the young forward, whose contract is due to expire next year, to sign a new deal at Stamford Bridge.

“There will be some rotation. We have some injured players that are not going to be available, like Willian, Giroud and Pedro, so obviously this will leave space for some of the younger players,” explained Zola.

The Italian admitted that Bayern are “very interested” in Hudson-Odoi but that he believes the player should stay put and concentrate on developing his game.

“Callum is back in full training,” Zola said. “Yesterday he trained with the team and he’s going to train again today. Yes, he is certainly available and it is very much likely that he’s going to play.

“Eden has been fantastic in this period. He’s played a lot of games and we’re very demanding of him because he’s such an influential player for us.

“I believe tomorrow he might get a little bit of rest, but we are in a situation where we don’t have many players, so we will see. The idea is to give him a rest.”

Chelsea are not yet sure how long a calf problem will keep Willian out for, but the injury does not appear to be serious.

“I think there is a very good chance to have Pedro and Giroud back for next week for Tottenham. For Willian, I don’t know,” said Zola.