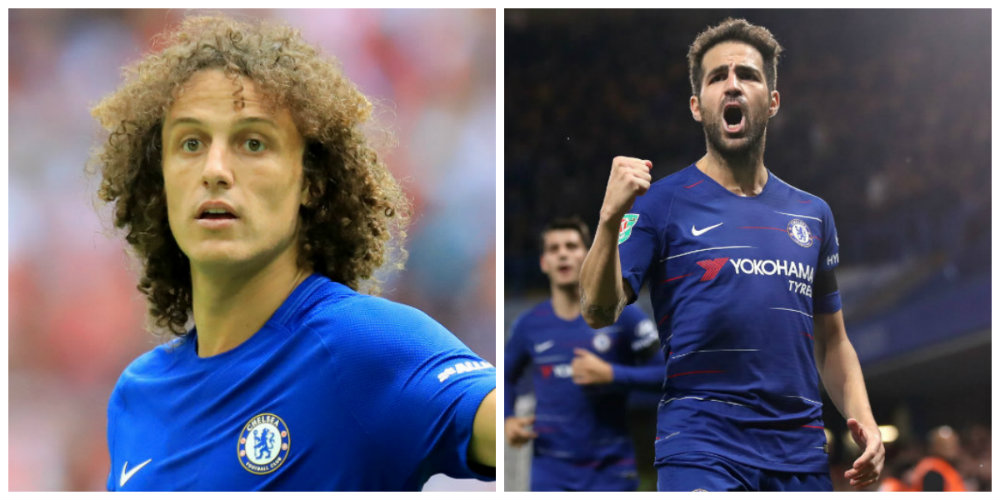 Maurizio Sarri wants David Luiz and Cesc Fabregas to be given new deals by Chelsea but admits negotiations are “difficult” because of their age.

The contracts of both players are due to expire at the end of the season.

Luiz, 31, has re-established himself as a first-team regular since Sarri took over at Stamford Bridge.

And the Blues boss is also keen to keep Fabregas even though the midfielder is now a fringe player.

Fabregas, also 31, has been linked with several clubs, including AC Milan.

“I spoke with the club about this one month ago,” Sarri explained.

“I know very well that it is not easy, but I think we can do a new deal for both.

“They are very important players for us. It is very difficult to find a centre-back for this level and a central midfielder technically like Fabregas. So I think they have to stay with us.”

Chelsea have a policy of only offering one-year contracts to players above the age of 30.

Sarri said: “The deal is very difficult for this reason, I think, because the club want a short contract and the players want a long contract.

“It is difficult for this reason but I think at the end we can find a solution.”

He added: “I think David and Cesc are leaders and so I think it is very important for me, the staff and their (team) mates that they stay with us.

“I know the difficulties of the new deal. The problem is only one year, two year or three or four years for the new contract.

“But I think the club will be able to find the right solution.”

Meanwhile, Marcos Alonso and Mateo Kovacic have both been passed fit for Wednesday’s game at Wolves despite minor injuries.