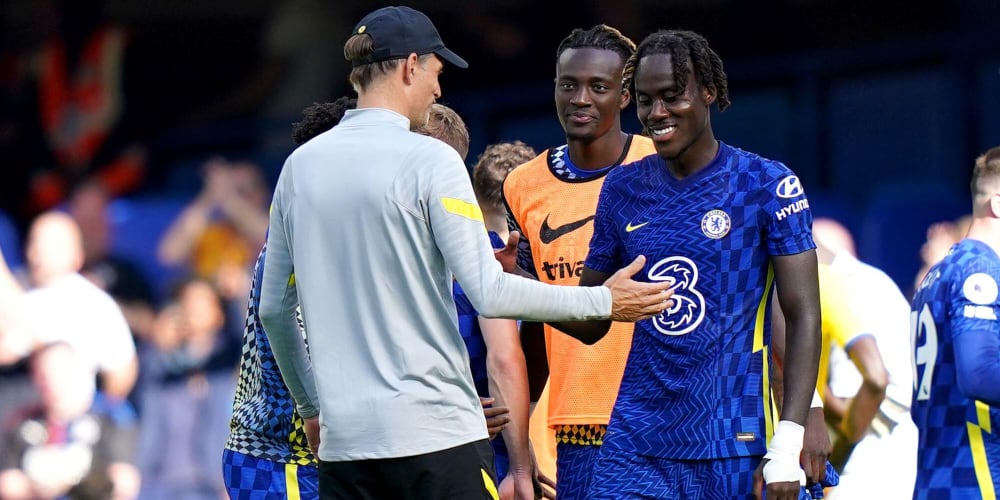 Trevoh Chalobah scored a wondergoal on his Premier League debut as Chelsea cantered to a 3-0 victory at a packed and vibrant Stamford Bridge.

And 22-year-old academy product Chalobah smashed in a glorious third into the bottom corner from 25 yards after striding forward from centre-half .

The result never looked in doubt despite a cagey start against Patrick Vieira’s Palace.

But from the moment the excellent Alonso curled in the opener from 25 yards, it just seemed a matter of how many goals Thomas Tuchel’s European champions would manage.

Winger Pulisic made it 2-0 with a simple tap-in on the follow-up after keeper Vicente Guaita spilled a Cesar Azpilicueta cross.

Alonso, in combination with Pulisic, had provided the main attacking threat from the left, while Palace did not manage a single noteworthy attempt and barely got in the Blues half.

Pulisic had the best early chance, but his header from left wing-back Alonso’s cross was easily saved by Guaita.

But chances were limited until Alonso’s sublime set-piece and Pulisic’s strike ensured a half-time lead.

Timo Werner almost made it 3-0 just before the interval but his shot went just wide of the near post.

Chalobah made it a league debut to cherish and Chelsea had almost no trouble seeing out the win and could easily have added to their lead.