Bees youngsters to step up after pre-deadline exits 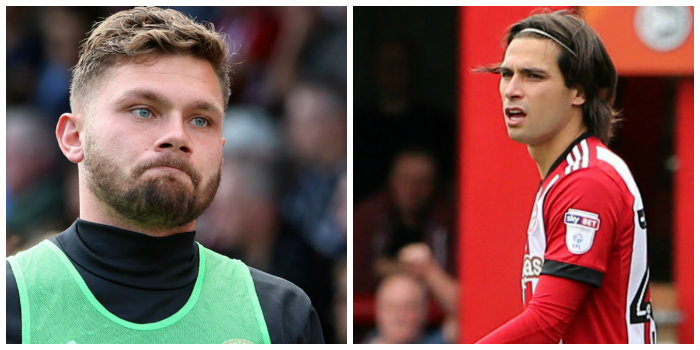 Brentford plan to bring Theo Archibald and Chris Mepham into the first-team squad after selling Jota and Harlee Dean.

Jota and Dean joined Birmingham City ahead of the transfer deadline and the Bees did not look to sign replacements.

Teenagers Archibald and Mepham have impressed during their time with the B team and the club believe they are ready to compete for first-team places.

Scotland Under-21 winger Archibald, who was signed from Celtic in May, made his first-team debut as a substitute in the recent defeat at Ipswich.

And Wales Under-20 defender Mepham has also made a senior appearance, coming on as a substitute against Eastleigh in the FA Cup in January.

Following Brentford’s sale of Maxime Colin, also to Birmingham, co-director of football Phil Giles told the club website that Brentford are keen to learn from past failures to provide a pathway to the first team for young players.

He said: “I look back at what happened with Alfie Mawson. We have to reflect that there was a failing there because we didn’t identify his talent and make a pathway to bring him through.

“If we hang on to players and don’t create a pathway, that will happen again. There’s plenty of players in our B team who have the potential to go on and play for us. We don’t want more Alfie Mawsons.”