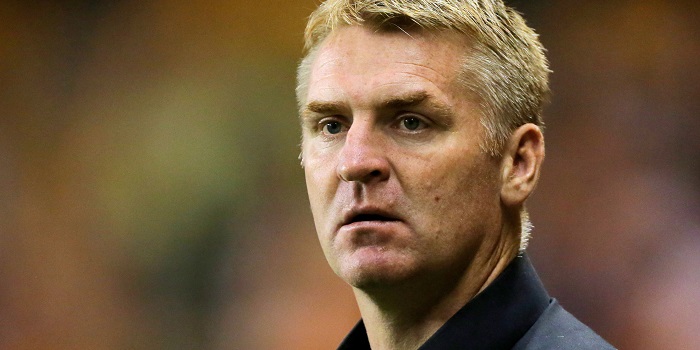 Brentford boss Dean Smith said the performance in the goalless draw at Aston Villa showed the last-minute sales of three key players had not weakened the squad.

Harlee Dean, Maxime Colin and Jota all left for Birmingham City in the closing hours of the transfer window but the Bees were the better side for much of the game at Villa Park.

“There’s been a lot of talk over the last week or so because we lost three big players over the transfer window,” Smith said.

“I looked down at the list [of the 19-strong squad who travelled to Villa] and showed the players – we’ve got five or six full internationals and five or six youth internationals, so I really don’t think we’ve diminished the quality of the squad.

“We had Josh McEachran, Andreas Bjelland and Kamo Mokotjo all on the subs’ bench and a couple of full internationals back home.

“We said it’s an opportunity for these players now to make their mark in the league. I’m scratching my head as to how we haven’t won a game this season.”

Brentford will assess Sergi Canos ahead of Tuesday’s trip to Sheffield Wednesday after he went over on his ankle, while winger Florian Jozefzoon was omitted from the squad after a bout of illness on Friday, Smith revealed.

“Sergi’s worked to get back to fitness, so we’re disappointed for him.” Smith said.

“But he’ll show the same determination to get back.

“Flo was ill yesterday so he couldn’t travel.”