What it was like watching Brentford at their new home 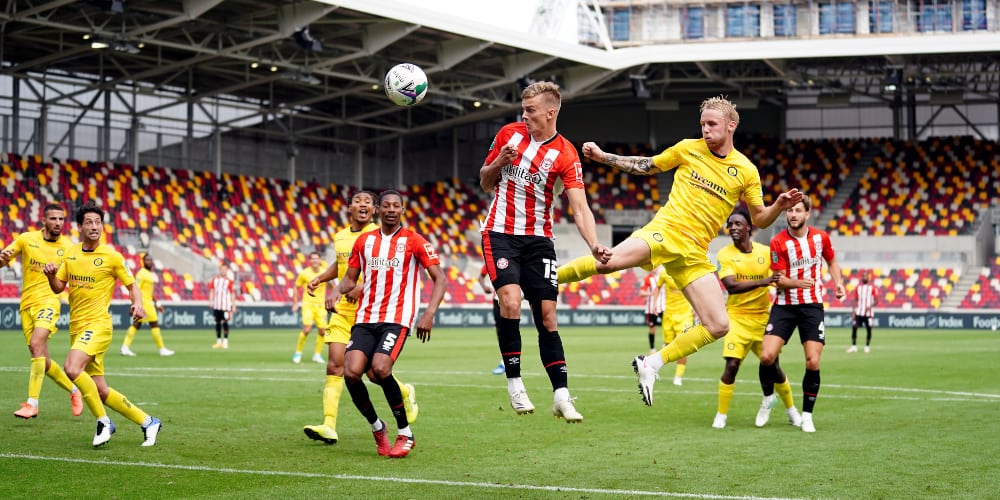 History was made on Sunday as Brentford played the first competitive match at their new home – currently called the Brentford Community Stadium.

I was one of the lucky few to be inside the stadium to witness it.

A lot has been written about the stadium, its design and multi-coloured seats.

But whatever your opinions from seeing it on TV and in photos, when you step into the seated areas and see it for the first time, it simply takes your breath away.

I have seen the Bees play at most of the stadiums in the country and a lot of the new ones – Derby, Reading, Middlesbrough, Southampton, for example – are very similar in shape and layout.

Brentford’s new home is nothing like that. The up-and-down stand roofs, the different corners and the two side stands being different heights make it unique.

The press seats are in the South (main) Stand halfway inside the east half of the pitch and not surprisingly have a great view.

Each desk has a monitor on it and there is also a press workroom, which is, however, currently closed.

After the match, the press conference with the two managers is held in a media room on the ground floor with room for more than 50 journalists.

Looking around the stadium, you notice that the West and East stands – behind each goal – are steeper than you first imagine.

It looks like they will offer a great view, especially from the back sections.

The multi-coloured seats have also proved a big talking point on social media.

While I have had mixed feelings about them from seeing them on TV and in photos, when you actually see them in the flesh, they are much better than you think.

The dark red and the yellow seats dominate and you quickly get used to them, and once fans are back in, they will all be filled anyway.

There are also big screens on the side North and South stands.

These show the match live, as well as replays, but because they are so high up, they are not in your eyeline so don’t distract you from watching the action on the pitch.

The South Stand was also shady throughout the match, whereas the sun slowly crept up the North Stand as the game went on.

The sun also reflected off the floodlights, making them look as if they were on – even though they weren’t.

One thing which everyone loved about Griffin Park was the closeness of the stands and fans to the pitch.

It’s clear the new stadium has been designed to replicate this – and the atmosphere once supporters return should be amazing.

The biggest thing which made it feel like Brentford, however, was the familiar people who were there.

The press room stewards were the same two who have worked at Griffin Park for years, I met other regular Brentford journalists who I know in the press seats – and most importantly of all, Peter Gilham was still the man on the microphone, bellowing out his familiar “Brentforddddd” cry before the start of each half.

It made me really feel at home and Brentford have a new stadium of which they can be proud.

When asked if he enjoyed the experience of the first competitive game there, head coach Thomas Frank said: “Very much I think.

“It is like moving into a new house and you have a nice barbecue with friends.

“You are always a little bit excited. It went well, the first barbecue, and hopefully we can have a nice big party here with fans soon.”