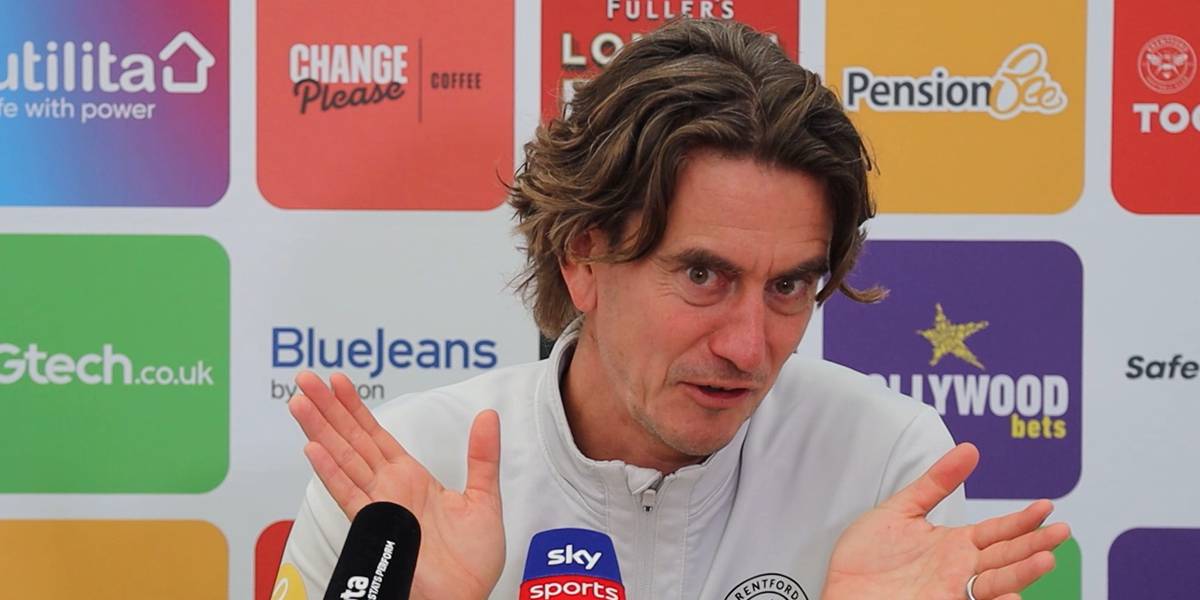 Thomas Frank insists he is “very happy” at Brentford following reports linking him with the managerial jobs at Brighton and Leicester City.

It comes after Graham Potter left Brighton for Leicester and amid speculation over Brendan Rodgers’ future at Leicester.

“I am very happy here,” Frank said after the 3-0 defeat at home to Arsenal.

“For me, I read very little into these rumours. Of course it is nice someone is linking me with something as it means we are doing something good here with the players. So we must have done something right. I am very happy to be here.”

The Dane rued his team’s performance after an afternoon to forget as Arsenal eased to victory at the Gtech Community Stadium.

Goals in the first half by William Saliba and Gabriel Jesus, with Fabio Vieira adding another after the break, took the Gunners to the top of the Premier League table.

Outclassed Brentford, meanwhile, remain in ninth place – and Frank admitted his side were below par again.

“They are the in-form team along with (Manchester) City. We didn’t have enough tempo but we need not to concede at set pieces. (Granit) Xhaka made a fantastic cross for Jesus to score.

“We never stopped running and it looked very difficult, but we didn’t want to lose four or five and you could see what it meant to Arsenal. They had to work very hard which shows you the respect they showed us.”