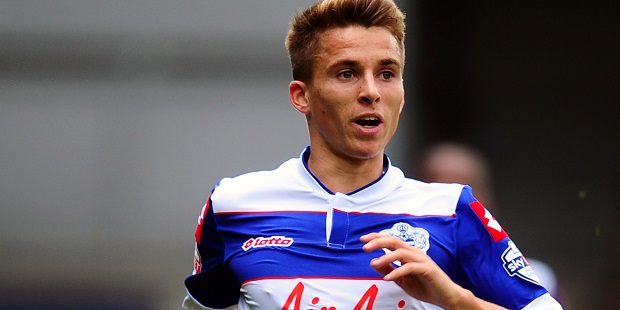 QPR have confirmed the signing of Tom Carroll.

The midfielder, who spent the 2013-14 season on loan at Loftus Road from Tottenham, has been training with the R’s.

He has signed a one-year-contract with the option of a further year.

Carroll, 28, was a free agent, having recently been released by Swansea City.

He featured for Rangers in a pre-season friendly against Arsenal this week.

“He’s had a frustrating time over the last couple of months, but I think we have a very experienced and very talented player who is hungry to prove a point.

“My question to Tom was, ‘How hungry are you?’ Clearly, there is a really strong desire to come and play football. He should be entering his prime and I think he will be a great addition to the squad.

“He’s added a different level of passing ability – he sees a pass that opens up the opposition. He finds pockets of space that we work hard to create and maximise, and I think we play in a style that suits Tom.”

Warburton is keen to add more signings to his squad and hopes to bring in at least one forward before next weekend’s Championship opener against Nottingham Forest.

Enquiries have been made about a number of players.