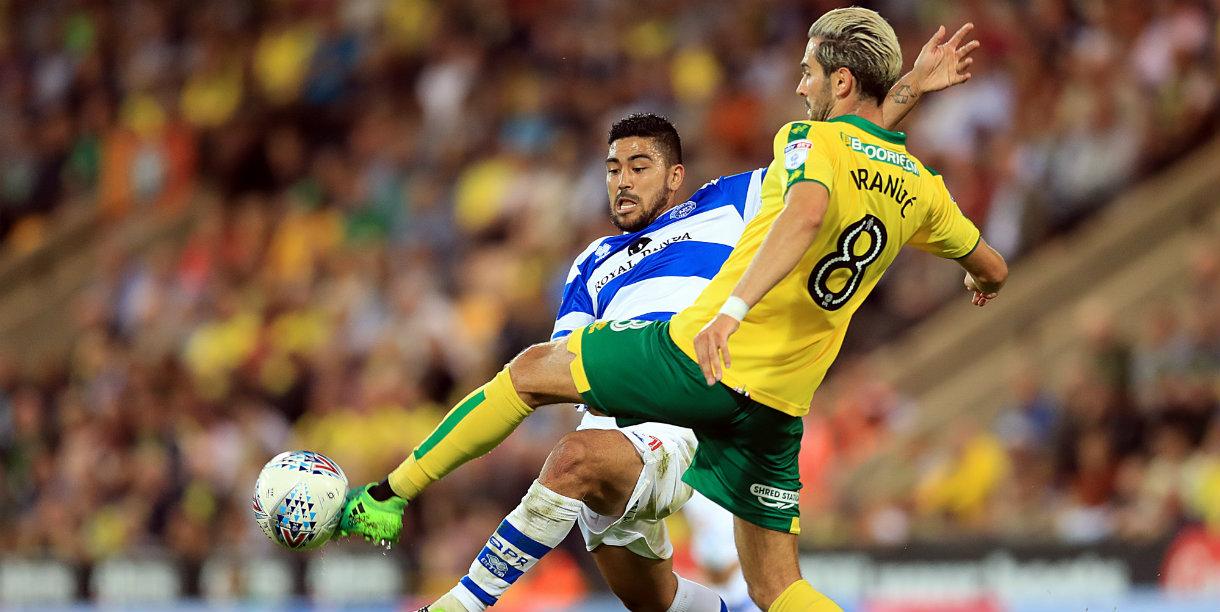 QPR’s unbeaten start to the season came to an end at Carrow Road.

Nelson Oliveira put Norwich ahead early in the second half and Harrison Reed sealed their win with a 25-yard strike with eight minutes remaining.

Rangers were on the back foot for much of the game and lost Pawel Wszolek to injury, but they defended well until they lost possession and then Joel Lynch switched off three minutes after the interval.

Lynch allowed Oliveira to sneak behind him to collect Mario Vrancic’s pass and the Portuguese striker then calmly slotted past Alex Smithies.

Earlier, R’s keeper Smithies produced a fine save to keep out Marcel Franke’s header from Vrancic’s free-kick and held a shot from Josh Murphy during a spell of sustained Norwich pressure.

Rangers did create chances in the first half; Jake Bidwell blasted over on the half-volley, while Jamie Mackie brought a save from keeper Angus Gunn with a left-footed strike and also headed over from Conor Washington’s cross.

But the visitors were dealt a blow when Wszolek went off just before the half-hour mark.

They battled on after going behind, with Mackie creating chances for Luke Freeman and then Washington.

Freeman fired straight at Gunn after being teed up by Mackie, who was soon in the thick of the action again.

Mackie reacted quickly after Kazenga LuaLua’s shot had been parried, pulling the ball back for Washington who, under pressure from defender Christoph Zimmermann, was unable to force the ball past Gunn from close range.

Consistent pressing of the opposition, particularly by Rangers’ midfielders, has been a feature of their encouraging start to the campaign.

But it was missing when Reed strode unchallenged towards the edge of the penalty area and sent a right-footed shot beyond Smithies.