Where does Smithies rank in the list of QPR’s best-ever keepers?

Alex Smithies has left QPR for Cardiff City, getting his chance to play Premier League football after impressing hugely during his three-year spell at Loftus Road.

His departure – and particularly the transfer fee involved – has inevitably disappointed many Rangers fans, with some on social media describing him as QPR’s best keeper since David Seaman.

That would make him better than Jan Stejskal, who starred in one of Rangers’ best-ever teams and was named best keeper at the 1990 World Cup for his performances for Czechoslovakia.

The transfer market judged Smithies differently. Despite him frequently being linked with Premier League clubs and potential moves for around three times the initial £3m QPR banked for selling him, there was not a single approach from another club during his time at Rangers prior to Cardiff coming in for him.

However, there can be no doubt that Smithies was outstanding for Rangers and deserves to be regarded as one of the club’s best keepers.

But where does he rank among QPR’s greatest?

I’ve had a go at compiling a top 10. I’ve not seen all the keepers in this list – the first I remember seeing is Peter Hucker – so some are included on the basis of their reputation and/or achievements, or after asking much better judges than me.

Here’s what I’ve come up with… 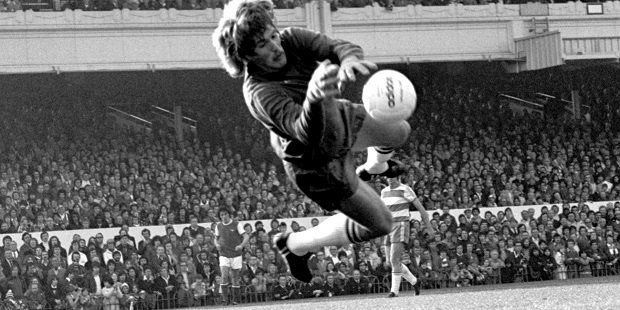 Seaman was brilliant for QPR and went on to establish himself as by far the best keeper in the country, but he was not the finished article during his time at Rangers. Parkes, on the other hand, was at the peak of his powers while at Loftus Road, winning an England cap in 1974 and having a starring role in the side which almost won the title two years later.

Became the complete keeper, with outstanding reflexes and glue-like handling. There were mistakes as well as brilliant displays along the way as he developed during his time at Rangers, but by the time he left he was established as England’s third-choice keeper and was clearly destined for the top.

There is a case for having Stejskal even higher in this list, given that Seaman had yet to fully bloom at QPR whereas the Czechoslovakia international arrived as a genuine, proven world-class operator, having been voted best keeper at the World Cup months beforehand. He looked far from that during a torrid start to his Rangers career in which he struggled to cope with the direct style of English football, but once he settled his performances were top drawer.

West Londoner Springett started and finished his career at QPR, rejoining the club from Sheffield Wednesday in 1967 in a unique swap deal involving his brother Peter. Ron won 33 England caps during his time with Wednesday and was part of the victorious 1966 World Cup-winning squad.

Another local boy, Allen (pictured wearing black, during his Manchester United days) was revered by a generation of QPR fans (and journalists). He spent 12 years with the club before being snapped up by United in 1950 for what was then a world-record fee for a goalkeeper.

Hucker ranks highly in this list because his best performances for QPR came at a high level; an FA Cup final and the 1983-84 campaign in which Rangers finished fifth in the top flight and qualified for the Uefa Cup.

Signed from Nottingham Forest in 1979, Woods spent two seasons at QPR and his performances earned him a move to the top flight with Norwich, where he went on to become an England international, first as Peter Shilton’s long-time understudy and then briefly as the national side’s number one before Seaman took on the mantle. 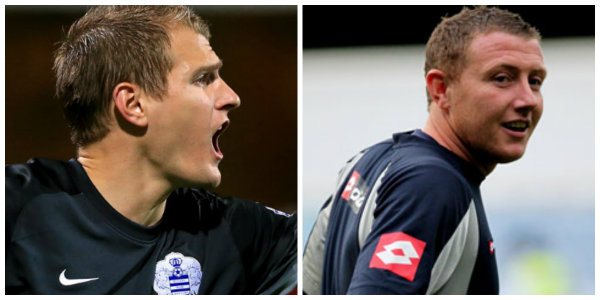 A cop-out here – I can’t separate Smithies and Kenny, with both having done brilliantly for Rangers in the Championship. Smithies looks better equipped for the Premier League than Kenny was, but they ought to be assessed on their performances at the same level.

Fans tend to be fickle, and Smithies’ current popularity means many will no doubt insist he should, without hesitation, be placed higher than Rangers’ 2011 promotion winner. It’s also the case that Smithies has played in a significantly weaker team, which of course is a consideration. But Kenny’s 24 clean sheets in a title-winning season in which he was voted player of the year ahead of Adel Taarabt speaks for itself. I can’t decide between them.

Edging out Mike Kelly, who played for QPR between 1966 and 1970 and was regarded as a very decent keeper during his time at the club, Springett didn’t hit the heights his brother did during his career but was a fine keeper in his own right. An England youth international and a member of Rangers’ 1967 League Cup-winning team, Peter spent eight years at Sheffield Wednesday after replacing Ron there.