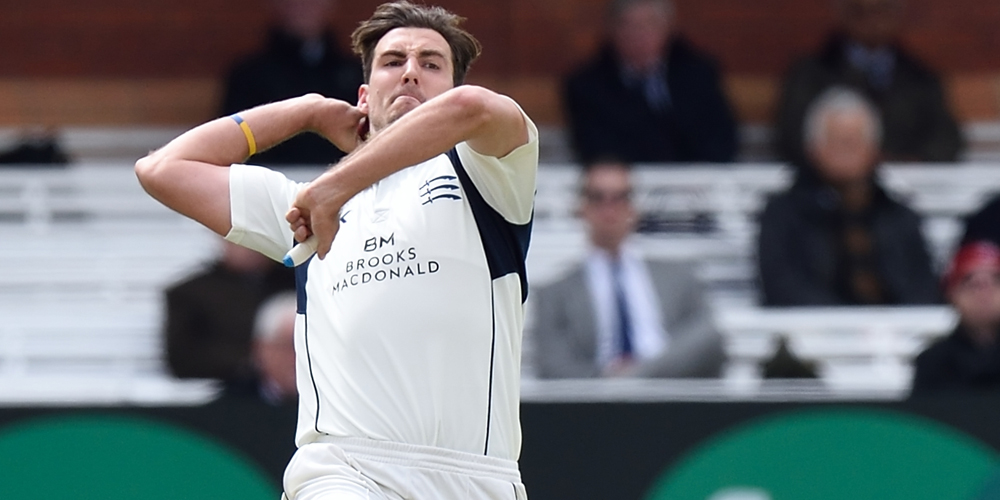 Steven Finn returned his first five-wicket Championship haul since April 2014 to steer Middlesex to a crucial victory with a day to spare at Lord’s.

The paceman bagged 8-79 to help his relegation-threatened side edge a close finish and post only their third win of a disappointing title defence.

With fellow bowlers Toby Roland-Jones and Ollie Rayner out of the attack, nursing side strains, it fell to 28-year-old Finn to lead the home attack on a Lord’s pitch that offered him plenty of assistance.

Chasing 221 for victory, Lancashire resumed day three on 46-1 but were soon deep in trouble after losing three wickets for 13 runs in the opening half hour.

Finn plucked out Liam Livingstone’s off stump and then trapped Steven Croft flush in front with an off-cutter that virtually shot along the floor, while Tim Murtagh claimed the vital scalp of Shiv Chanderpaul.

At the other end deposed England bat Haseeb Hameed moved on to 23 before taking a blow on the right hand from James Harris and retiring after lengthy treatment.

Finn returned just before lunch to have Dane Vilas (37) caught behind and when he drew Jordan Clark into an injudicious waft, Lancashire were 150-6.

The red rose continued to wilt as Toby Bailey worked across the line to a Harris in-swinger to go lbw and stand-in Middlesex skipper Adam Voges leapt two-handed at slip to catch Kyle Jarvis and gift Finn another scalp.

With Hameed still incapacitated, last man Matt Parkinson added 25 in tandem with McLaren (37) until the latter was superbly held one-handed by Rayner at second slip, again off Finn.

With 38 still needed, Hameed emerged from the dressing room to bat again only to see Parkinson fence one from Finn low to Adam Voges at slip.

Middlesex banked 20 points for their victory, a vital haul in their fight against the drop.