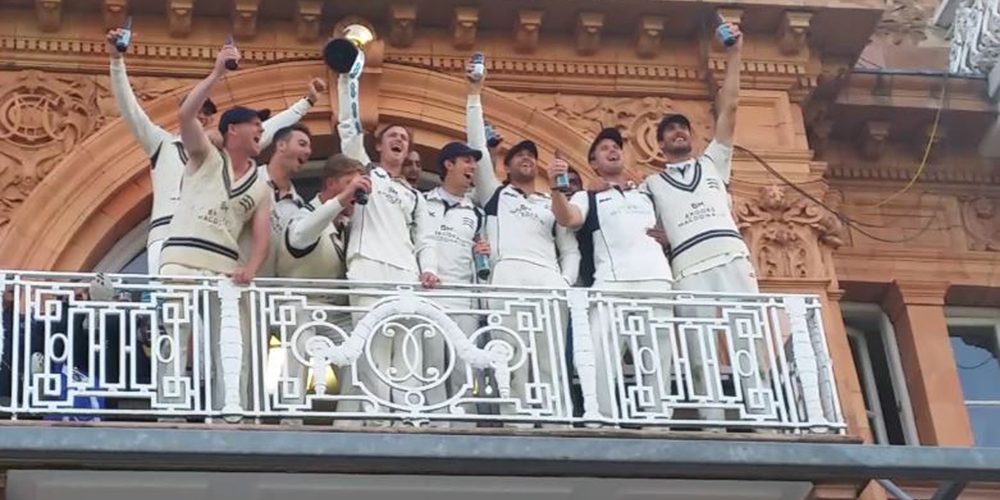 What a difference a year makes.

Twelve months ago, Middlesex players proudly paraded the County Championship trophy around Lord’s after one of the most thrilling climaxes to a season in the competition’s history.

Yet now they find themselves ignominiously cast into Division Two, albeit by the slimmest of margins and with an ample measure of controversy.

Middlesex nurse a sense of injustice over their controversial two-point deduction at The Oval in August, when the match was curtailed by an arrow fired onto the square – and rightly so.

In such extraordinary circumstances, common sense dictated the ECB should have overlooked Middlesex’s slow over-rate and withheld the penalty that ultimately made the difference between relegation and survival.

On top of that, the Seaxes could also feel aggrieved that an unhelpful ECB fixture schedule gave them no alternative but to stage their crucial match against Hampshire at Uxbridge in September – on a surface where any level of rain would render a positive result all but impossible.

Embed from Getty Images
Every side has to deal with injuries over the course of a season – yet Middlesex could certainly argue they were especially unlucky.

Sam Robson (against Hampshire), Nick Gubbins (against Warwickshire) and Toby Roland-Jones (against Lancashire) all picked up injuries during matches.

The timing of injuries was also significant, with Adam Voges ruled out around the time Dawid Malan’s Test call-ups weakened the middle order and senior spinner Ollie Rayner missed the relegation decider on a turner at Taunton.

Too many of Middlesex’s top order lost form at the same time – and it’s significant that the team managed to post a total of 250 only once in their last six Championship games.

No Middlesex batsman averaged 40 or above and two of their regular top three, Nick Compton and Stevie Eskinazi, struggled for runs throughout the second half of the summer.

Contrast that with 2016, when Compton and Eskinazi, along with Malan, John Simpson and James Franklin, all topped 40 – while Nick Gubbins posted a healthy 60-plus average.

Embed from Getty Images
It may have been subconscious, but the fact Middlesex recorded a string of early-season draws and still became champions in 2016 seemed to snuff out any kind of attacking approach to their title defence.

That was best epitomised by the first home game in April, when they had Essex on the ropes but inexplicably failed to either enforce the follow-on or declare sufficiently early – allowing the visitors to hold out for a draw.

Essex, of course, remained unbeaten and went on to succeed Middlesex as champions – that game may have been a turning point for both teams.

Embed from Getty Images
Despite pushing the message they were approaching the T20 Blast from rock bottom – when they had reached the quarter-finals the previous year – the white-ball team regressed.

The misguided decision to hand Brendon McCullum the captaincy and some strange choices by the management, notably the under-use of all-rounder Ryan Higgins with both bat and ball, contributed to the failure.

And Middlesex’s patchy T20 form spilled into their red-ball game, as shown by a dreadful display at home to Warwickshire which handed the Bears their only County Championship win of the season.

Embed from Getty Images
Middlesex also found themselves in a situation where their four-day skipper could no longer command a place in the side.

Despite hitting a century against Surrey early in the season, James Franklin passed 50 on just one other occasion and a persistent back problem restricted his ability to contribute with the ball.

Eventually, Middlesex had no choice but to leave him out for their last two games – and, if Voges declines to return next summer, there are few obvious alternatives to captain the side in Division Two.

Embed from Getty Images
Middlesex’s title-winning season – as well as the previous campaign, when they finished runners-up – was characterised by the team’s battling determination to dig themselves out of trouble and at least avoid defeat.

Somehow, that ethos evaporated in 2017 – as evidenced by the Seaxes’ collapse in the final session against Essex at Chelmsford and then failure to save the game when they were bowled out in less than 30 overs by a weak Warwickshire.

And the body language was none too impressive as they capitulated to Somerset last week, with many players looking resigned to their fate – a scenario few could have envisaged a year earlier.