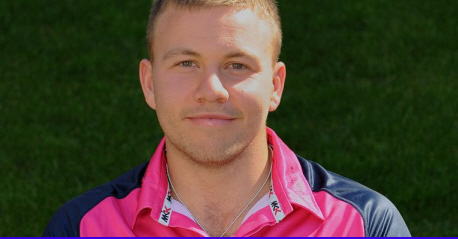 Middlesex’s dream of a first appearance at T20 finals day since 2008 were ended by their former batsman Adam Rossington, whose unbeaten 67 saw Northamptonshire to victory.

Despite only making 132-7, the visitors retained hope when 29 were needed from 30 balls but Rossington lifted his third six over square leg to pass 50 and then a bigger maximum over mid-wicket to kill off his old club.

He shared a stand of 58 in eight overs with Ben Duckett (29) to break the back of the chase, leaving George Bailey’s run-a-ball 46 in Middlesex’s innings in vain.

After Dawid Malan (0) and Nick Gubbins (7) had fallen cheaply, Bailey and Paul Stirling put on 68 in 9.4 overs but despite setting a steady platform, their side could not find any momentum, and James Franklin’s unbeaten 21 was made amid a clatter of wickets.

Toby Roland-Jones struck in the third over to remove Richard Levi and Northants lost a second wicket when Josh Cobb miscued a drive and was caught at point off Ryan Higgins.

But 41-2 after six overs was as close as Middlesex came to defending their score, as Duckett and Edgware-born Rossington – who left Lord’s in 2014 to seek first-team cricket – did the bulk of the work.