Verdict: Maja delivers for Fulham as Parker gets it spot on 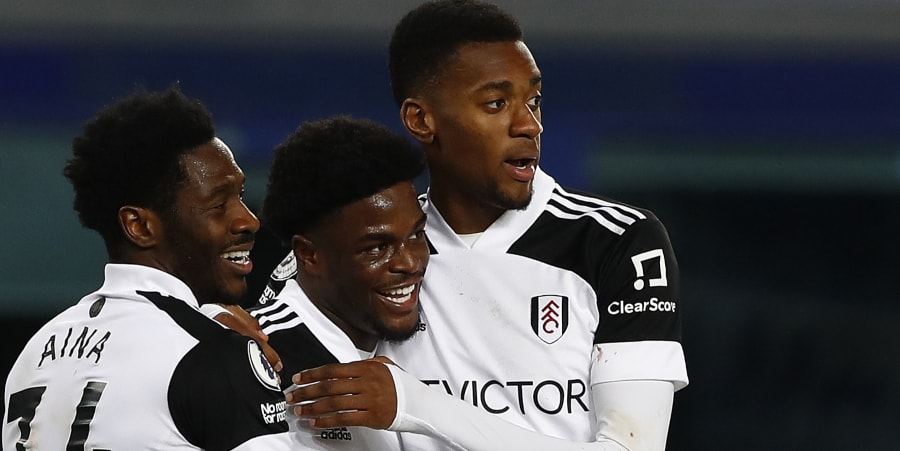 Fulham were 27 games without a league win at Everton. What a time to get that first-ever success at Goodison Park.

A Valentine’s Day kiss goodbye to the unwelcome record came thanks to a couple of smackers from Josh Maja for a 2-0 win.

The loanee was starting for the first time and was exactly where he needed to be, first to get on a low cross and then to tap in after Harrison Reed’s long ranger that struck the foot of the post.

Everton were there for the taking after a draining midweek FA Cup tie, not to mention the absence of talisman Dominic Calvert-Lewin.

The first half exposed the Toffees as a passive unit, but the Whites failed to take advantage.

But they got their just deserts in the second period, and there was barely a moment when they weren’t on the ball harrying and pushing a tired looking unit in blue.

Fulham fans must have been rubbing their eyes in disbelief as their side dominated, and not just in little stretches.

Just one final flurry from the home side looked vaguely threatening – and vaguely is the right word.

There’s more than a feeling Maja is at Fulham for the long term whether that be in the Premier League or the Championship.

The Londoner should have done better with a couple of bounces he failed to control in the first half.

But Scott Parker reckoned Maja knew his way around a penalty box, and if being in the right place at the right time is the elixir Fulham needed, Maja is the tonic.

He did little else other than score, but so what? The Whites simply needed someone who finds the back of the net.

The midfield was crucial

Reed, meanwhile, had a terrific game.

He was aided and abetted by an Everton midfield that gave him enough time to feel positively lonesome at times, but he was here, there and everywhere, and after one wayward attempt on goal, the next was as close as it gets without scoring.

It mattered not: Maja gobbled up the rebound.

Midfield partner Mario Lemina also put in a shift, and fatigue got the better of him towards the end.

However, the pair’s contribution was key.

The first half looked so much like a Fulham first 45 minutes this season: bags of possession and no end product.

It was typical that Ruben Loftus-Cheek picked up a stray ball in midfield on 39 minutes, charged forward, saw his limited options and was forced to wait for the Fulham cavalry that came a full three seconds later – a lifetime in the elite for a side on the attack.

Fulham get the ball, head for the box and then look up.

There are times when going for goal and losing it would be preferable to the pondering around the penalty area – and still losing it.

As frustrating as that was, goals change games.

Once Fulham got their noses in front, there are few sides better at passing it to every corner of the pitch in neat triangles.

It looked as if the only way back for Everton would be from a set piece.

But their delivery was average and Alphonse Areola had but a single meaningful shot to save all night – and not a very difficult one at that from Gylfi Sigurdsson.

Bold Parker gets it right

No Andre-Frank Anguissa in the starting line-up for the second match running.

However, he did finally get on to maintain a 100% record of appearing in every Premier League game.

And sticking Antonee Robinson on the bench was very interesting.

The left-back was the first name on the teamsheet apart from Anguissa and Areola a month ago.

You can’t say the head coach is slow to exercise his options.

And Parker got it spot on to reignite Fulham hopes of escaping the drop.