Fulham snatched all three points against Swansea City with a last-minute winner from striker Aleksandar Mitrović. Here’s how we rated the Whites players.

Unburdened in the first half aside from denying Andre Ayew a shot when sent through, before making an assured stop from the Swansea winger in the second half.

Less influential than Joe Bryan in Fulham’s attacking play, but reliably made covering challenges. Out of position when Ayew forced Rodák into his first meaningful save, and got away with a rash challenge in the box late on, perhaps nipping the ball.

Lost out to Ayew in Swansea’s first foray into the box, but grew into the game and made some important challenges late on to maintain the clean sheet.

Always stands out for his ability to anticipate important tackles, although he was caught out for Ayew’s shot on goal. Another clean sheet at Craven Cottage for the relatively new addition.

Showed impressive energy in an all-round impressive display, participating in many of the Whites’ best moves. Unlucky not to see one of his many crosses lead to a goal.

Kept Conor Gallagher quiet on the whole, allowing Fulham to dominate possession. A reserved performance in favour of Tom Cairney and Bobby Decordova-Reid getting forward.

Continually got on the ball in the left channel, creating chances for Mitrovic and curling over himself in the first half. Much of Fulham’s most fluid play came through the captain when he connected with Bryan.

Initially found pockets of space well between the lines, but became anonymous as the match progressed. An uncharacteristically quiet performance from the attacking midfielder.

Tested the keeper with a fizzed shot early on but struggled to make his mark on the game as it progressed. Often got back well, but failed to find Ivan Cavaleiro when Fulham had a clear counter attack on, frustrating the home fans.

Perhaps inspired by Derby’s exploits last week, forced a save directly from a corner in the first half. But snatched at his more obvious chances, and struggled to link up with Knockaert when afforded space.

A dramatic performance ending with a flourish – failing to convert a penalty, before smashing in a header in the last minute to win Fulham all three points.

Made little impact until he earned Fulham a late penalty by going down in the box under minimal contact. Played his part in the home team’s final push for the win.

Crossed speculatively for Kebano when the latter earned Fulham a late penalty. But then found the assist with a similar ball into the box, which Mitrović’s duly smashed in. 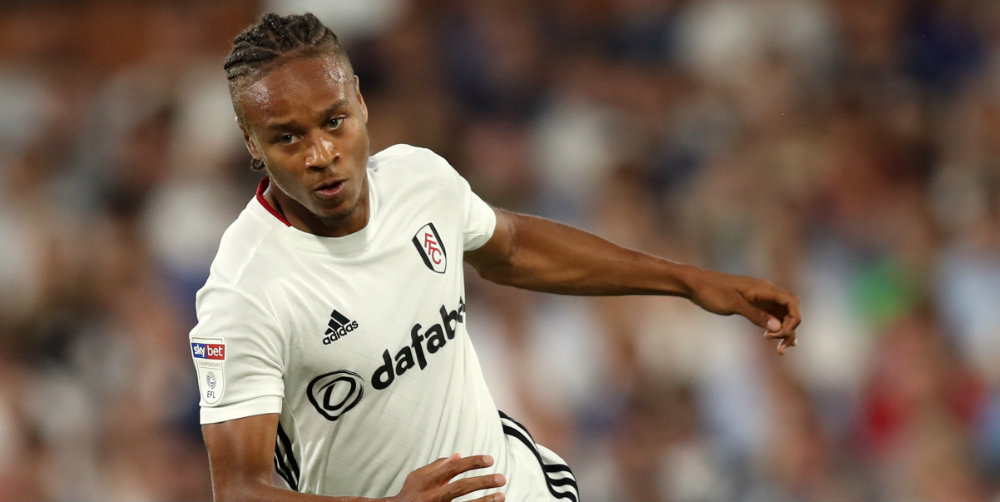