Not many Chelsea managers have approached their first London derby by proclaiming their love for pizza and spaghetti Bolognese, and the intention to celebrate victories with a gin and tonic.

But nothing about Thomas Tuchel’s journey to becoming Blues boss has followed a predictable path.

The German’s relaxed, affable manner and willingness to chat and smile his way through his media encounters have created a good impression in the early stages of his Chelsea career.

But the man now strapped into the managerial centrifuge at Stamford Bridge has already shown his ruthless side in his team selections and is happy to upset the balance and question everything to achieve his goals.

Marcos Alonso has returned from the wilderness, Cesar Azpilicueta has been restored at a centre-back, Callum Hudson-Odoi is being converted to an attacking wing-back and Reece James is potentially being earmarked to play in a back three. The divisive figure of Jorginho has also been recalled.

So what can Chelsea fans expect from Tuchel?

Driven by a career cut short

After a chronic knee injury forced him to retire at the age of 24, Tuchel found himself studying business administration and waiting tables at a bar, as far away from a football ground one could imagine.

Life could easily have turned out very differently for the 47-year-old from Krumbach. Instead, Tuchel reached out to legendary German football manager/executive Ralf Ragnick, learnt first-hand from the “Godfather of Geggenpressing,” and shadowed youth coaches at Stuttgart before eventually taking control of the Under-19 side.

From there it was a meteoric rise to the upper echelons of elite management, where he turned each of his sides – the modest Mainz, a promising Dortmund and a star-studded PSG, into exhilarating and explosive attacking units.

At Chelsea, Tuchel will find many parallels to the Dortmund side he inherited from Jürgen Klopp.

Callum-Hudson Odoi has shades of the twinkle-toed Ousmane Dembélé, a wing wizard with great dribbling and the fearlessness to take on defenders. Pierre-Emerick Aubameyang’s lightning pace, excellent finishing and tendency to drift to the left wing is very similar to Timo Werner’s profile, and in César Azpilicueta, there is the aging but ever-reliable leader, a role Łukasz Piszczek performed admirably.

There are, of course, familiar faces in Thiago Silva and Christian Pulisic, both of whom enjoyed great playing spells and working relationships with Tuchel.

Having already turned a young squad capable of channeling great physical output into high-octane football, Tuchel has the perfect blueprint to become the architect of a similarly exciting project in London. 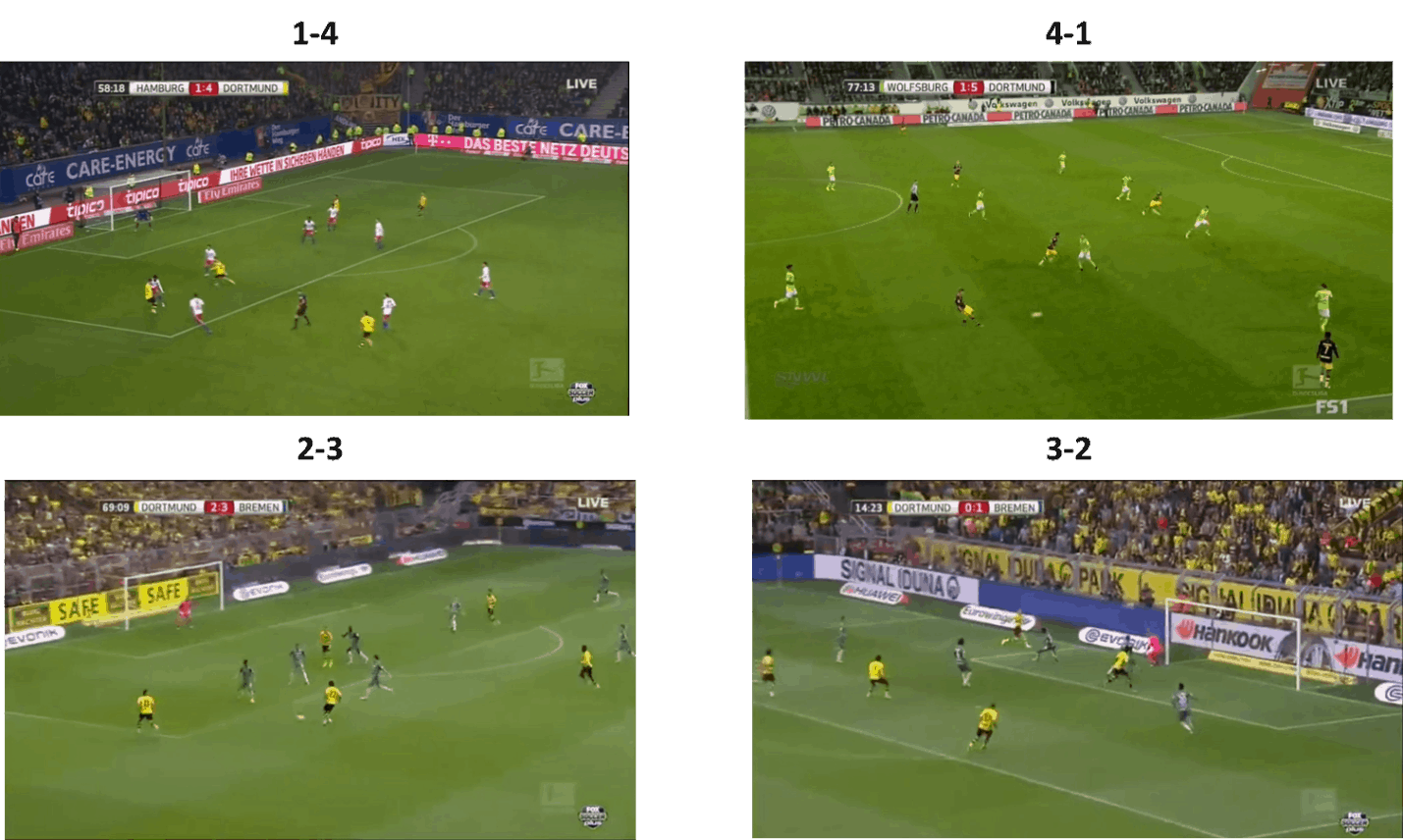 In Tuchel’s two seasons at Dortmund, Aubameyang notched an eye-watering 79 goals in all competitions – including 56 in the league.

In his first season, they outscored Bayern Munich in the league with 82 goals. Key to this is Tuchel’s insistence of incorporating as many attacking assets into the line-up as he can.

He prefers a 2-3-5/3-2-5 shape while in possession, allowing as many as five attackers (even six) to besiege opposition defences, with the five attackers taking various shapes – 2-3, 3-2, 1-4 and 4-1, using dynamic triangles and combinations to play around defences.

His sides often incorporate as many creators and finishers as possible to offer the maximum goal threat. 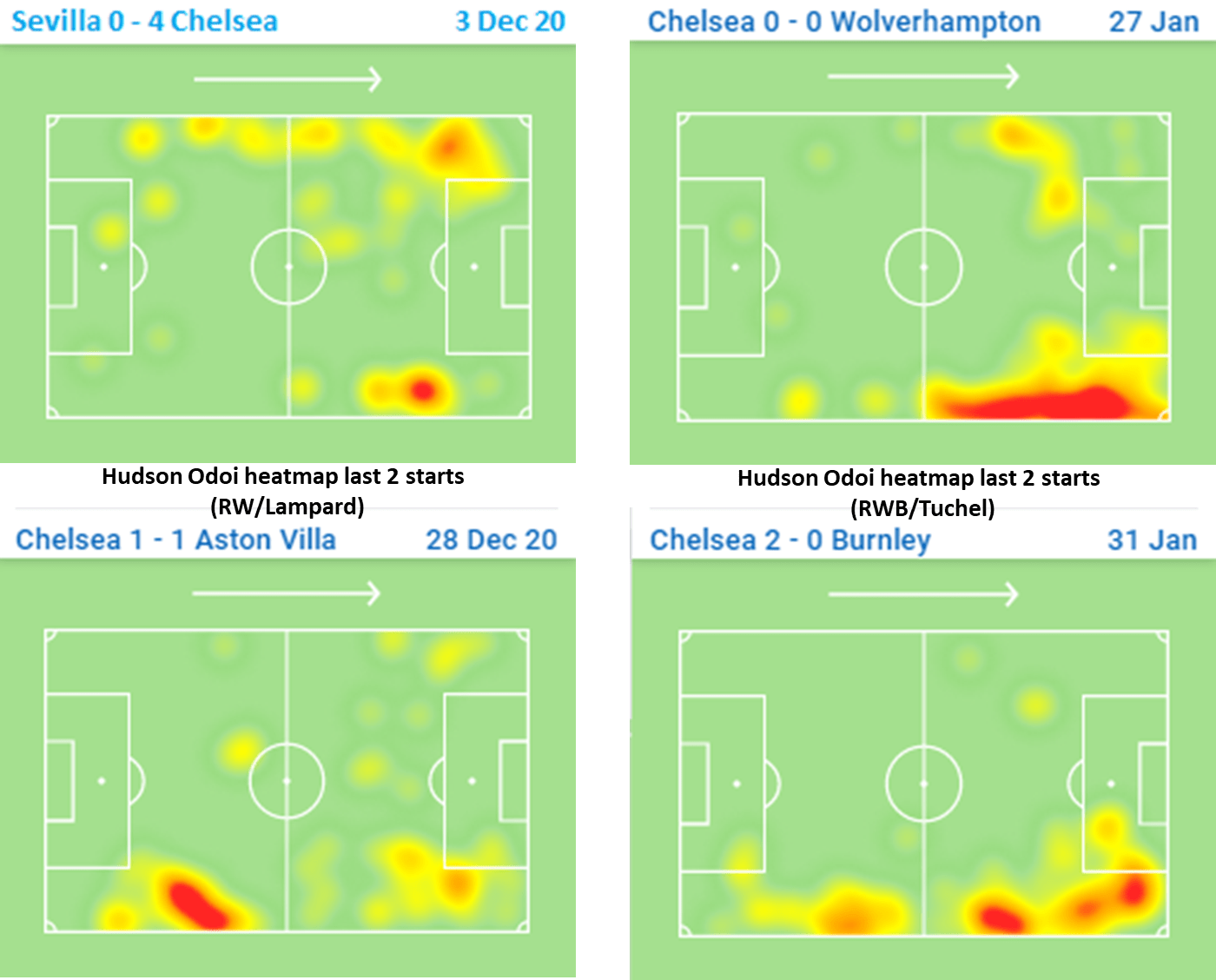 Tuchel loves customising systems to bring the best out of the individual and the collective.

At Dortmund (3-1-4-2), he sometimes used former Chelsea winger/forward André Schürrle as a left wing-back for an added finishing threat, while deploying Matthias Ginter as a right wing-back to add height and aerial presence in both boxes.

Tuchel’s re-invention of Hudson-Odoi as a right wing-back and the reintroduction of Marcos Alonso against Burnley, therefore, comes as no surprise.

Tuchel also played Dembélé and Christian Pulisic (both wingers) as central advanced midfielders in a 3-1-4-2, allowing them to showcase different threats. While Pulisic found joy running at the space between centre-backs and full-backs, Dembélé (who uses both feet with equal ease) was able to stay closer to Aubameyang and supply him with quick passes in behind.

It would be no surprise to see Kai Havertz playing up top (a role he flourished in briefly for Bayer Leverkusen) or see James reinvented as a right-sided centre-back, among a host of other new positions for other players.

One factor could be his own tragic experience with injuries, while the other most certainly is his inclination to target specific strengths and weaknesses of his opposition.

By Tuchel’s own admission, after the Burnley game, Alonso was picked to help add more defensive aerial presence against Burnley’s set-piece threat and physicality, while Hakim Ziyech was dropped after Tuchel feared an “overload risk” after a recent return from his injury.

With excellent squad depth and a diverse profile at every position, expect Chelsea line-ups and formations to fluctuate frequently, a policy the squad will have to accept.