Morris and Newton to have key roles under Lampard

Lampard, who spent 13 years at Chelsea as a player and is the club’s all-time top goalscorer, has been appointed on a three-year contract after leaving Derby County.

The Hammersmith-born Morris, 40, follows his close friend Lampard back to Stamford Bridge from Derby, where he also worked as assistant head coach.

Newton, who comes from East Acton and scored in Chelsea’s 1997 FA Cup final win over Middlesbrough, was already on the staff overseeing the club’s loan army but is returning to a first-team role.

The 47-year-old was part of Roberto di Matteo’s coaching team when Chelsea won the Champions League in 2012.

Joe Edwards, who has been promoted to a first-team role, and Chris Jones are also part of the new backroom set-up.

Lampard said: “Jody Morris is coming with me. We have a really close relationship and he has a great link with the academy here and is a fantastic coach and Eddie Newton will also be working with the first team.

“Chris Jones was with me at Derby and he will come and Joe Edwards will move up from working with the Under-23s.”

“It’s a very Chelsea-orientated team but it is not an old boys’ club,” Lampard said

“As a club, it’s not just bringing in players who played for the club, but people who feel the club and have an incredible work ethic.” 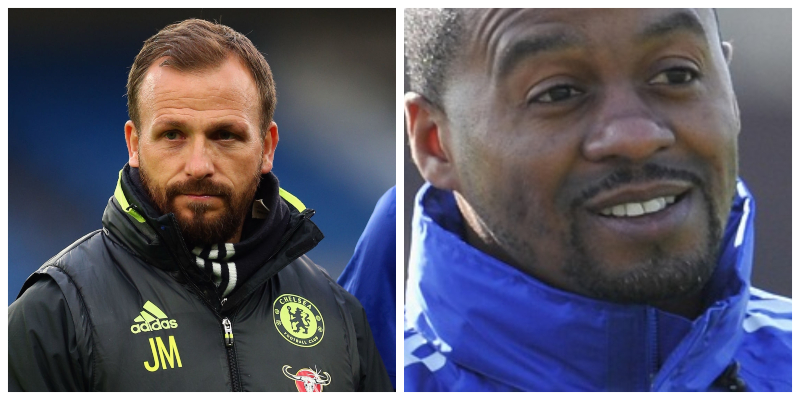