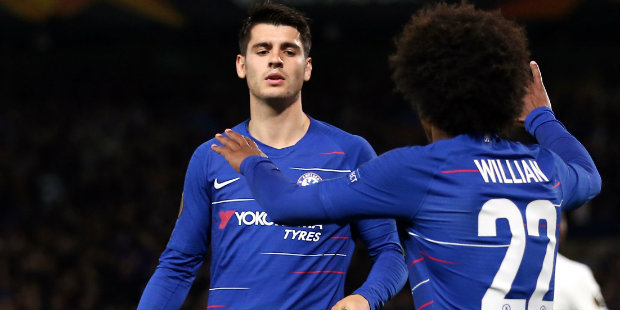 Chelsea have agreed the sale of Alvaro Morata to Atletico Madrid.

Morata, 26, joined the Spanish club in January and will sign for them on a permanent deal when his 18-month loan expires at the end of the coming season.

The transfer will officially go through on 1 July next year.

He was Chelsea’s record signing when he was bought for £60m from Real Madrid on a five-year contract in July 2017.

Morata scored 24 goals in 72 games for the Blues but struggled in front of goal for much of his time at Chelsea, who said in a statement on the club website: “We would like to thank Alvaro for his contribution and wish him the best of luck for the future.”