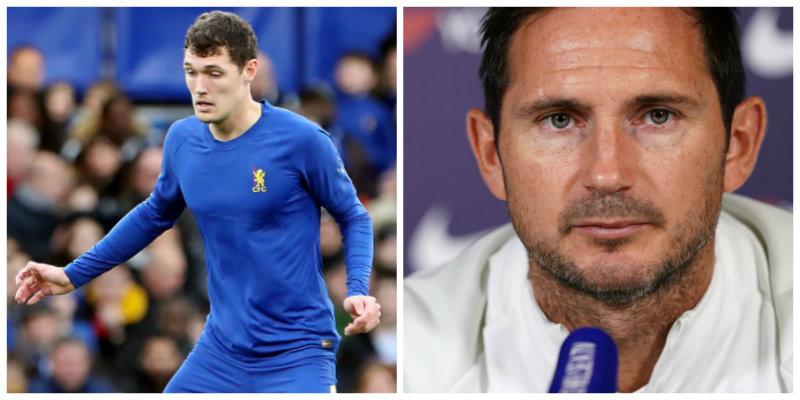 Frank Lampard has insisted he will not allow Andreas Christensen to leave Chelsea.

AC Milan are interested in the defender, who has not been a first-team regular under Lampard.

But the Blues boss will block any move and says he rates Christensen highly.

Asked if he could rule out Christensen leaving Stamford Bridge this month, former Chelsea midfielder Lampard replied: “Yes. I can rule it out. I like Andreas as a player.

“I’ve always liked him. I used to train with him. I saw the talent coming through.

“What I want Andreas to be is the best he can be. When you see him and you see the height, the athleticism and the quality on the ball and choice of pass, I want him to be all the things he can be.

“I want to work towards that and he knows that.”

Speaking at a news conference on Friday afternoon, Lampard reiterated that Olivier Giroud, who has been in talks with Inter Milan, will only leave if Chelsea feel a deal is in their interests.

Lampard also suggested that Chelsea are not pursuing a deal for Lyon’s Moussa Demebele despite reports he is very keen to sign the former Fulham forward.

“He’s a player I know and a player the club know,” Lampard said.

“But I’m surprised to see his name pop up so regularly when it’s not popping up in my conversations so regularly, to be brutally honest, and there’s quite a few players in the last week that I could say the same about.

“It’s not one that we’re openly talking about and if there’s a decision I’ll be a big part of that decision.”