Lampard insists Barkley and Willian will be staying 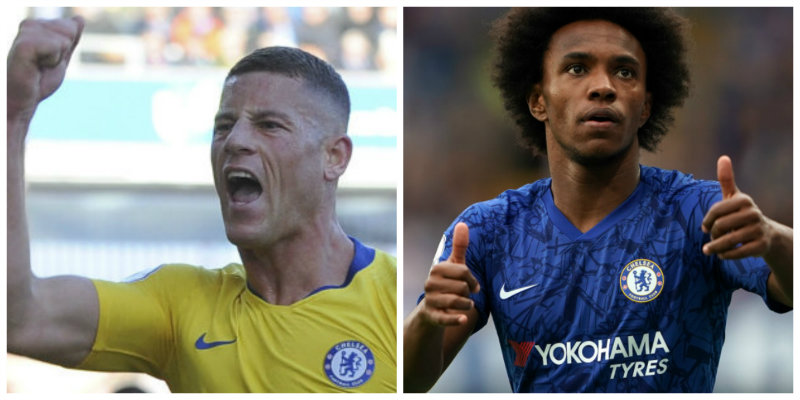 Frank Lampard has insisted that neither Ross Barkley nor Willian will leave Chelsea during this month’s transfer window.

Barkley is reportedly wanted on loan by West Ham, while Willian is in the final year of his contract and has been linked with a move but is discussing a new deal with the club.

Blues boss Lampard insisted at a news conference on Friday afternoon that both players will be staying at Stamford Bridge.

“Ross hasn’t featured as much this year but I’ve got a lot of faith in Ross.

“So that (West Ham’s reported interest) was just news that I heard like everybody else and I’ve absolutely no feeling towards it (Barkley going). I’m very happy with him.

“Willian is not going anywhere. We know his contract is up at the end of the season. He’s in conversations with the club, which are still ongoing.”

Lampard also said there was “nothing imminent” in terms of possible signings and reiterated that Olivier Giroud, who is wanted by Inter Milan, will only leave if Chelsea are happy with the deal.