Willian appears to give clear indication he will leave Chelsea

Willian appears to have given a clear indication that he is likely to leave Chelsea.

The winger’s contract expires this summer and he was in negotiations over a new deal prior to the coronavirus crisis.

That led to football being suspended, but clubs are continuing to liaise with players – and it’s also worth checking out some betting app reviews while we wait for matches to return.

Willian, who will turn 32 in August, has been quoted by Fox Sports in his native Brazil as saying he wants a three-year contract but Chelsea are only willing to offer him two more years.

Chelsea have generally been reluctant to offer long-term deals to players over the age of 30.

“Really a very beautiful story that I built at this club, I have a very special affection for the fans, for the people who work there and I identified myself a lot here,” Willian said, as reported by the Mirror.

“Everyone knows that my contract ends now in a few months, so the renewal is really a difficult thing to happen.

“I think it will be very difficult for me to renew because Chelsea offered me two years. I asked for three and it ended there. We didn’t talk anymore. We didn’t negotiate anymore.

“We don’t know what can happen, suddenly we could make a deal and get it right.

“But what I can say today is that my contract is going over and I will be free to negotiate with any team.” 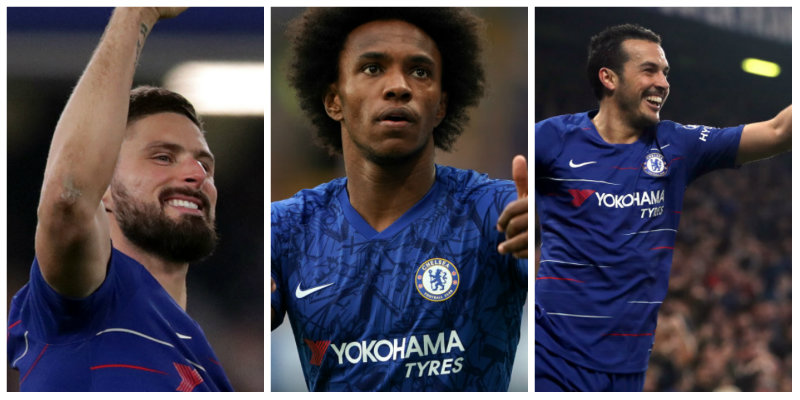 Pedro and Olivier Giroud’s Chelsea contracts are also due to expire this summer.

Pedro was recently quoted as saying he was leaving Stamford Bridge.

The Spaniard subsequently insisted that his comments had been misinterpreted and that his future had not been decided.

Pedro told Chelsea’s website: “I’d like to tell all the fans simply that my current contract is coming to an end but I still have to talk to the club.

“I don’t know whether I’ll keep playing here or not. That conversation is still to come.

“But I have not signed for any other club. I belong to Chelsea.

“I have a contract. My wish is to be able to stay here but obviously we don’t know what will happen.

“I have to speak to the club and let’s see what happens.”