Chelsea fringe players have ‘a duty to be ready’ – Tuchel 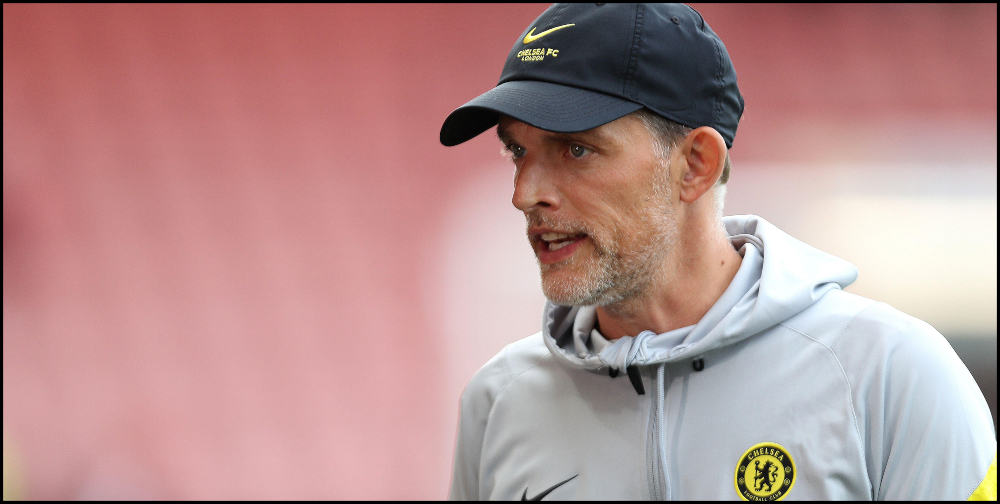 Thomas Tuchel says Chelsea’s fringe players have a “duty to be ready” if called upon.

The likes of Ross Barkley, Ruben Loftus-Cheek and Malang Sarr have been included in the Blues’ Premier League and Champions League squads.

Their first-team prospects look slim, but boss Tuchel has told them they need to be prepared to deliver if an opportunity comes their way.

“If you get registered then it’s your duty to be ready,” the German said.

“When you come here to Chelsea it’s your duty to be ready. This is the baseline for everything – you need to be ready.

“We have a tight, small group but it’s a high-quality group. They deserve to be part of this group and when you are you have to be ready to match the high expectations we have.

“They’re showing a good mentality and have put their personal situations aside. This is what we demand.”

Ben Chilwell has surprisingly also found himself on the fringes in the early part of the campaign.

Chilwell was a key player last season, helping Chelsea win the Champions League, but his appearance in the final was his last outing for club or country.

He did not feature at all during England’s Euro 2020 campaign, with Manchester United’s Luke Shaw getting the nod from boss Gareth Southgate.

And Chilwell has since been kept out of the Chelsea side by Marcos Alonso.

“That (not playing in the Euros) has absolutely been difficult for him,” Tuchel explained.

“He came from a Champions League win, a strong performance and had a good end of the season and played in crucial games at a high level.

“Then it was a tough Euros personally for him. There were chances where I think he thought he could have played. He did not – and I know it was a tough one.

“He had a break and then it was hard for him to get this personal disappointment off his shoulders and when he arrived back here I felt he was a bit mentally tired and still worrying about the situation.

“He was also unlucky during the start of the season because Marcos was here the whole pre-season and took this opportunity so great.”

Tuchel insists Alonso, who had been tipped to leave Stamford Bridge during the summer transfer window, fully deserves his recent run in the team.

He said: “Marcos was crucial for us from the first day in training and then he delivered in Chilly’s position.

“These are two specialists in the same position so this is a tough competition for both of them.

“We had some talks with Chilly about the situation. He knows I would have done the same thing if it would have been the other way around – to trust him if he was here and showed this kind of personality and attitude Marcos did.

“They push each other and there are no further worries for Chilly – he has to be patient and keep on training.

“It took some time. We had to give him a little bit of time to be more patient and to find the joy again, find things a little bit easier on the pitch and not want to force it too hard.

“He’s in the race now. The situation has changed for him and he’s in good shape – good mental shape and good shape on the pitch.”