Serge Gnabry struck twice inside four second-half minutes as Chelsea were on the end of a Bayern Munich masterclass in a one-sided last-16 Champions League first-leg tie.

The Germans dominated throughout but finally made their quality count after the break, with Gnabry finishing off two devastating attacks following one-twos with the excellent Robert Lewandowski.

Lewandowski then all but ended the tie prior to the return leg, finishing off a third slick move down Chelsea’s right after a sensational run by Alphonso Davies.

With Chelsea threatening a goal to just about keep alive their slim hopes, Marcos Alonso was sent off for swinging an arm at Lewandowski after 83 minutes and the visitors could have added to their tally in the latter stages,

The Germans had dominated possession throughout the first half but were frustrated by Willy Caballero, the Argentine keeper twice making fine saves to get the better of Lewandowski in one-on-one situations.

Thomas Muller also sent a brilliant curling effort narrowly wide of the far post and hit the bar with a deft backward header, while Kingsley Coman shot just wide of the near post.

Chelsea, who were unchanged from the side that beat Tottenham 2-1 on Saturday, struggled to retain possession for much of the half, but settled in the latter stages and still created some decent chances.

The lively Mason Mount dragged a shot wide of the near post and almost got on the end of a Ross Barkley cross, while Giroud was a fraction away getting a decisive touch to a teasing Mount centre.

But the best opening created by the hosts came in the final moments of the half, Alonso testing keeper Manuel Neuer with a stinging low shot after cutting inside on the left following a swift break.

However, Bayern upped the tempo after the interval, and Gnabry took advantage of an Azpilicueta slip to grab the first before adding a second following another sumptuous move on the left.

Blues boss Frank Lampard brought on Willian and Tammy Abraham as they desperately chased a way back against the side they beat to win the Champions League in 2012.

But Alonso’s deserved red card capped a miserable evening against a side whose class shone throughout. 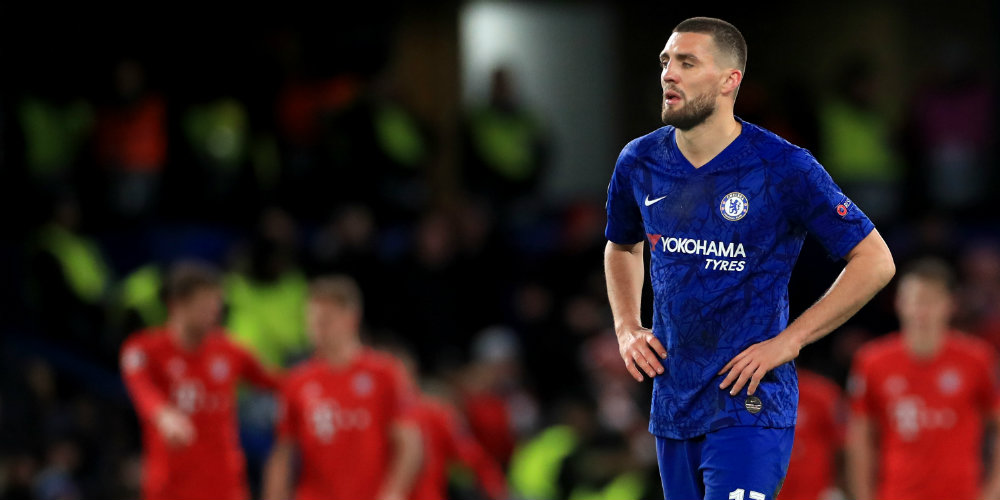