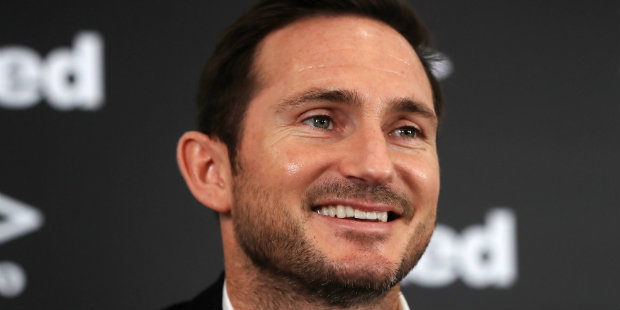 Pat Nevin expects Frank Lampard to make the most of his Chelsea links and sign youngsters on loan from his former club.

Lampard, who scored 211 goals during his 13 years at Stamford Bridge, left the club in 2014 having won 11 major trophies.

“The Chelsea link is obvious, Nevin told West London Sport. “He is in a great position to exploit the Chelsea loan system. It is almost a tap that can be turned on.”

Former Blues star Nevin says using his vast contacts from a stellar playing career will form just part of Lampard doing everything he possibly can to “minimise the risks” that come with taking the first steps into management.

Jody Morris is set to leave his role as Chelsea Under-18 manager and join his long-term friend as assistant boss.

Nevin said Morris has done “exceptional” work within the Chelsea youth set-up and on the training ground and would be a great asset.

“Frank will know what Jody has done from being around those sessions while taking his coaching badges,” Nevin added.

“And he will have looked at the expectations, the club’s finances, the structure and the facilities. He will have done his due diligence – especially as a new, new manager.

“My suspicion is that he will have done that meticulously and that is why he took his time taking on his first management role. He has not rushed this.

“Derby reached the play-offs last season so they have good quality and he knows he can add knowledge, coaching expertise and of course he has has such strong links from his playing career.

“It can go wrong but Frank has no doubt absolutely minimised the risk involved.”

Chelsea loaned many of their young players to Championship clubs last season, including midfielder Kasey Palmer to Derby.