Our west London Championship team of the season 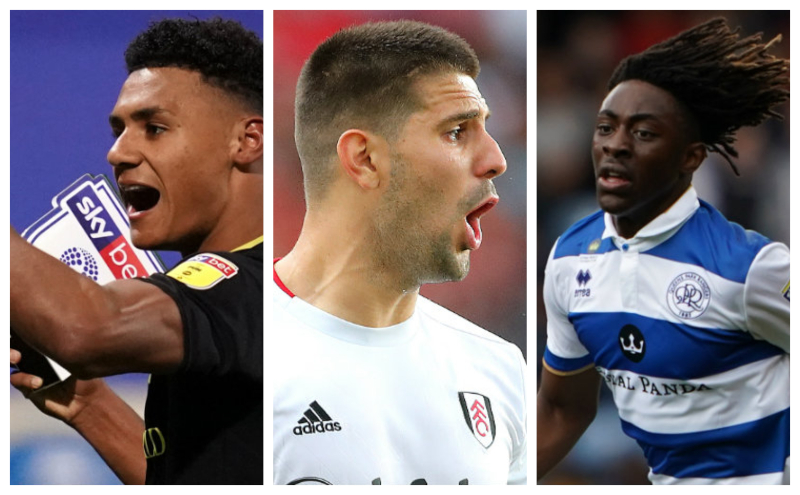 The Championship season was suspended while Fulham and Brentford were in the thick of the promotion race and a six-match unbeaten run had left QPR just six points away from the play-off places.

Several players have stood out for the Championship’s three west London sides and picking a combined XI based on the campaign so far isn’t easy. Here’s our selection….

The Slovakian has been a revelation this season, aside from the odd blunder. Brentford’s David Raya has also impressed and was having a great campaign before a slight dip in form.

The Dane, who signed a one-year contract extension in November, has continued to impress.

Brentford’s flagship summer signing has not disappointed since his arrival from Leeds. The Swede has been a hugely influential figure – as shown by the Bees’ recent wobble without him.

Hector only joined Fulham in January but we’ve selected him on the basis of his major impact and because the alternatives have themselves been most influential over a relatively short period. Ethan Pinnock has grown in stature for Brentford during the course of the campaign, while Yoann Barbet’s return from injury triggered QPR’s climb up the table but his form was patchy before a three-month spell on the sidelines. And although Tim Ream has had a very decent season for Fulham, they looked vulnerable at the back until Hector shored things up in a big way. So his 11 appearances for the Whites are enough to get him into his XI.

It’s a toss-up between Henry and Fulham’s Joe Bryan for the left-back slot. Both players have been excellent. We’ve gone for Henry, who has been solid defensively and outstanding going forward.

QPR’s number 10 has been terrific this season and looks destined for bigger things. A joy to watch when in full flow, his goals and assists record this season speaks for itself.

Other Brentford players have made headlines, but Norgaard has been a pivotal player in midfield, consistently producing outstanding performances.

The Whites captain has not quite been at his brilliant best, but he has nevertheless still been a major influence in their quest for a return to the top flight, providing a creating spark and weighing in with eight goals.

The magical Benrahma has been brilliant for the Bees and a nightmare for Championship defenders. Unplayable at his best.

Watkins’ potential was obvious but few could have predicted how emphatically he would respond to being deployed as an out and out striker following last summer’s sale of Neal Maupay. His 22 goals have established him as one of the division’s top marksmen.

Mitrovic has scored one more than Watkins for his club this season and, just as he did two years ago, has spearheaded Fulham’s promotion challenge.

The best of the rest…

That would be Bryan Mbeumo, who has been terrific for Brentford.

Raya and Bryan have performed well for Brentford and Fulham respectively, while Ryan Manning has caught the eye for QPR since moving from midfield to left-back.

Bright Osayi-Samuel has been excellent during the second half of the season for QPR, while Brentford midfielder Josh Dasilva has been superb at times.