Brentford have completed the signings of winger Bryan Mbeumo from French club Troyes and midfielder Dru Yearwood from Southend United.

The Bees will initially pay just under £6m for Mbeumo (pictured), 19, with over a million more likely to follow in add-ons.

Mbeumo, a France Under-20 international, has signed a five-year contract.

Brentford announced too on Monday that Yearwood, also 19, had been signed for an undisclosed fee, signing a four-year contract.

Meanwhile, talks are continuing over a potential deal for Brentford’s Neal Maupay to join Brighton, who appear to be close to signing the striker. 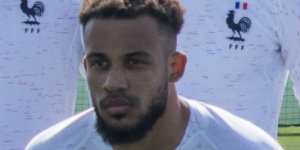