Brentford have turned their attention to a potential deal to sign Peterborough striker Ivan Toney after failing with moves for Robert Brozenik and Folarin Bolagun.

The Bees had an approach for Arsenal youngster Bolagun knocked back and talks for Slovakia striker Bozenik, who was the club’s top target, have broken down.

St Gallen’s Cedric Itten and Charlton’s Lyle Taylor are also on Brentford’s list of possible signings as they look to bring in a new striker in their pursuit of promotion this season.

Thomas Frank’s side are currently fifth in the Championship table, five points behind second-placed Leeds.

Toney (pictured) has scored 33 goals in 70 league appearances for Peterborough, with 19 of them coming this season.

Reports suggest Bristol City are also interested in the 23-year-old.

He made two appearances for Newcastle during a three-year spell as a Magpies player, during which he spent time on loan at Barnsley, Wigan, Scunthorpe and Shrewsbury. 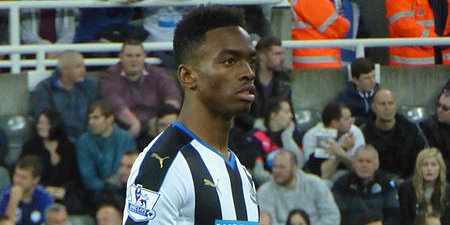