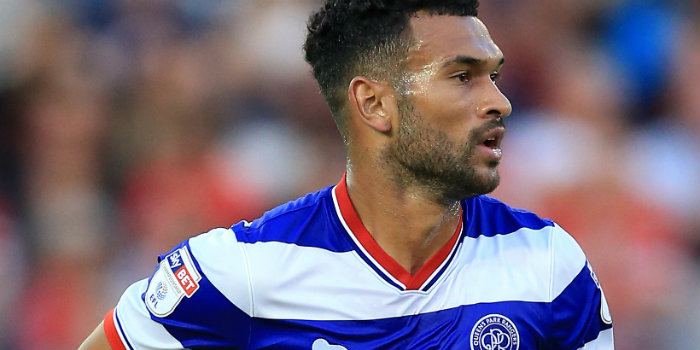 QPR are looking to offload the defender on a free transfer, possibly with a sell-on clause in the deal.

The 25-year-old, who played under Celtic boss Brendan Rodgers at Swansea City, is now in the final year of a four-year contract at Loftus Road.

Rodgers recently played down the prospect of him moving to Parkhead, suggesting he had merely spoken to Caulker about the player’s personal problems.

However, discussions between QPR and Celtic have taken place and there now is a growing expectation that the move will happen.

Caulker, who has one England cap, was signed from Cardiff City for £8m in the summer of 2014 and has made only 48 league appearances for the R’s. He has not played since last October.

He has been warned by the club after a series of misdemeanours.

QPR lost patience with him when he was arrested and charged with failing to provide a breath sample following an incident in Windsor in March.

It was the fourth time Caulker had been in trouble with the police and came less than a month after he was fined for throwing objects at passers-by at Clapham Junction station.

He pleaded guilty to being drunk and disorderly after that offence, was fined £650 and ordered to pay £85 costs.

Caulker has recently spoken of his mental health issues and addictions to alcohol and gambling.

Removing his lucrative contract from their wage bill would help QPR’s efforts to add to their squad within the club’s budgetary restrictions.

Rangers are keen to sign a striker and remain interested in Barnsley’s Andy Yiadom despite reports of Premier League interest in the right-back.

Borysiuk could have QPR future – Holloway

Meanwhile, Ian Holloway has suggested that Ariel Borysiuk could yet have a future at QPR.

The Polish midfielder, signed from Legia Warsaw a year ago, failed to impress manager Holloway last season and joined Lechia Gdańsk on loan in January.

Rangers have been looking to offload him on a permanent basis and are keen to bring in another defensive midfielder.

But Holloway says he was impressed with Borysiuk’s performance during Saturday’s pre-season friendly at Peterborough and might not need to bring in an alternative after all.

“I thought Ariel did really well,” said Holloway, who wants to make a number of signings in the next couple of weeks.

“He showed me that he wants to play for this club. What more can I ask? Hopefully that might solve a few things if I can get him in there (midfield) as well.”