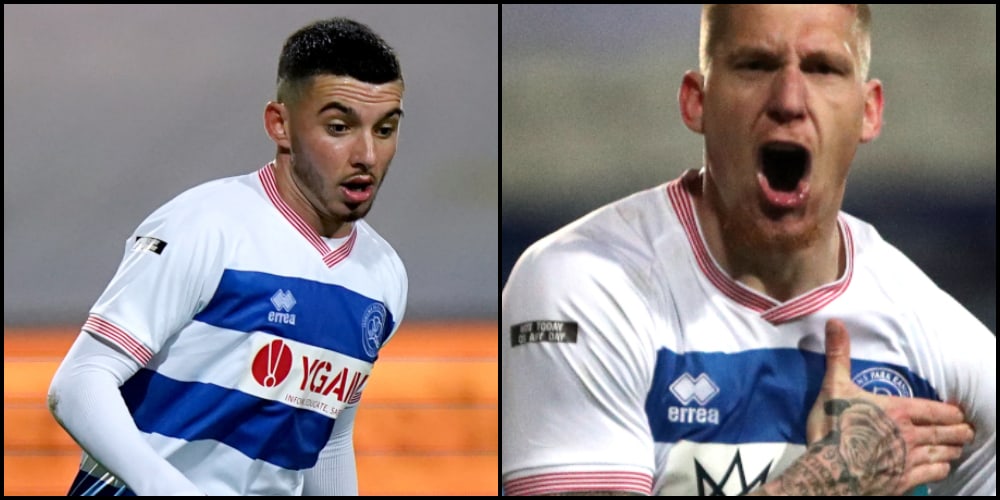 Both players have picked up knocks and were not involved in a behind-closed doors friendly against Portsmouth at Rangers’ Harlington training ground on Wednesday.

Moses Odubajo did feature for the hosts, who won 2-1 courtesy of Marco Ramkilde’s goal and a penalty from Olamide Shodipo.

Odubajo, who played under Rangers manager Mark Warburton at Brentford, is a free agent after being released by Sheffield Wednesday. He has had injury problems in recent seasons.

He was recently invited to train with the club and will be signed if he proves his fitness.

Centre-back De Wijs was signed on a permanent basis this summer.

He impressed for the R’s last season but his loan spell from Hull City was marred by injury problems.

Earlier on Wednesday, QPR finalised the signing of goalkeeper Jordan Archer on a two-year contract.

His arrival enabled Liam Kelly to get the move he wanted – the Scot’s permanent transfer to Motherwell was confirmed on Monday evening.

The London-born Archer, 28, who like Kelly is a Scotland international, was a free agent after recently being released by Middlesbrough.

Archer was previously at Fulham but did not make a first-team appearance during a 10-month stay at Craven Cottage last year.

His other previous clubs include Millwall, Oxford United and Motherwell.

Kelly spent the second half of last season on loan at Motherwell.

Rangers decided to let him move on after he made it clear he did not want to return to act as Dieng’s deputy.

QPR are still looking to agree a deal with Fulham for the permanent signing of Stefan Johansen.

That was always likely to be protracted and has been further delayed by a change of manager at Fulham, who recently installed Marco Silva following Scott Parker’s departure for Bournemouth.

Rangers want to sign the Norwegian on a two-year contract and hope the move will happen before the start of the new season.

The club are also looking to bring in a right-back to replace the axed Todd Kane – that will be Odubajo if his trial goes well – and a left-back.

Wednesday forward Josh Windass has been heavily linked with QPR as he previously played under Warburton for Glasgow Rangers.

Windass is on the radar but is not currently among the club’s main targets.

Rangers are strongly interested in signing former Brighton left-back George Cox from Fortuna Sittard but negotiations with the Dutch club over a fee have stalled.