Why McClaren? Will Penrice stay at QPR? Some key questions answered 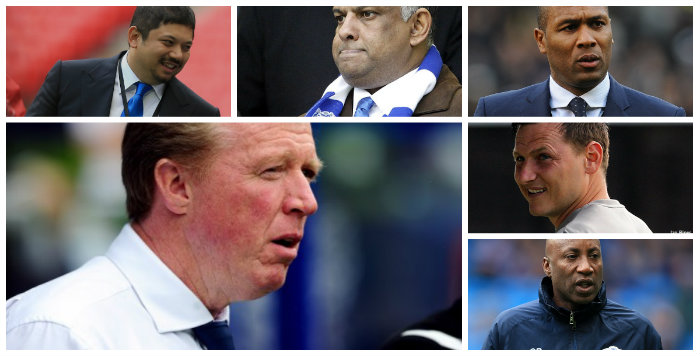 Ian Holloway’s second spell as QPR manager is over after he was dismissed by the club this week ahead of Steve McClaren’s expected appointment.

With Holloway out and McClaren on the way in, many QPR fans have been raising questions about the new boss and what it could mean for others at Loftus Road.

Is McClaren definitely taking over?

As of Friday evening, there was no formal agreement in place yet, but every expectation that McClaren will replace Holloway.

There are currently no other candidates for the job, although several out-of-work managers have made contact to express a strong interest since the news broke that Holloway was being sacked.

Other managers were previously sounded out by QPR officials but did not see the job as attractive, largely because of budgetary constraints.

Whose decision is it to appoint him?

As with past Rangers appointments, including that of Holloway, this is very much the brainchild of QPR’s owners, who believe they know who the right man is without the need to go through any kind of formal process.

This has been the case for many of Rangers’ managerial appointments – not just by the current owners, but since Holloway was first given the job, in 2001.

The exceptions are Jim Magilton, who was among a small number of candidates formally interviewed in 2009, Jimmy Floyd Hasselbaink – selected by the current owners from a choice of two after an initial hunt by director of football Les Ferdinand and CEO Lee Hoos – and Chris Ramsey, who had been in interim charge.

Holloway came in the second time around after Rangers were unable to prise Gary Rowett away from Birmingham City.

Installing McClaren seems like something QPR’s owners need to get out of their system. He impressed hugely during a short spell on the coaching staff, in 2013, when the then manager Harry Redknapp had a knee replacement and McClaren oversaw pre-season training during a difficult, frankly poisonous, time at the club after relegation from the Premier League.

Since then there has been a feeling that he could be an ideal Rangers manager, and he has been sounded out about the job previously.

Another factor is that, for all the former England manager’s ups and downs in the game, his passion is coaching – a field he is very respected in.

And QPR feel they are primarily looking for a coach who will develop players, given the budgetary constraints and an emphasis on bringing through youngsters.

Who will be McClaren’s assistant? What about Marc Bircham?

The Times has reported that former Brentford coach Lee Carsley will be joining McClaren at QPR. At present though, the issue of his backroom team has not been resolved.

On Friday evening talks were being arranged with Bircham to discuss his future. Co-chairman Tony Fernandes has previously indicated that he wants Bircham to stay at the club long term.

But the same was true of the likes of Steve Gallen, who left after a managerial change, and to some extent Holloway too before he was axed.

Ramsey’s contract expires in November and his long-term future has looked unclear for some time.

He currently has a mixed role, serving as technical director and head of coaching as well as recently helping out with first-team coaching following the departure of Curtis Fleming to Middlesbrough.

At present, there is an expectation that Ramsey will continue in that mixed role for the time being at least, but it has not been decided for certain yet.

Apparently so. While discussions with the likes of Bircham and Ramsey are being arranged, they have already taken place with Penrice, who has indicated that he fully intends to keep working for the club despite his long-standing friendship and working relationship with Holloway.

Ferdinand was already in the process of trying to recruit Penrice when Holloway’s appointment inevitably moved things along quickly.

It is worth bearing in mind that Penrice is technically freelance and not formally a QPR staff member, although he is the club’s chief scout in all but name.

He has been, and seemingly intends to remain, heavily involved in the process of identifying transfers targets for this summer.