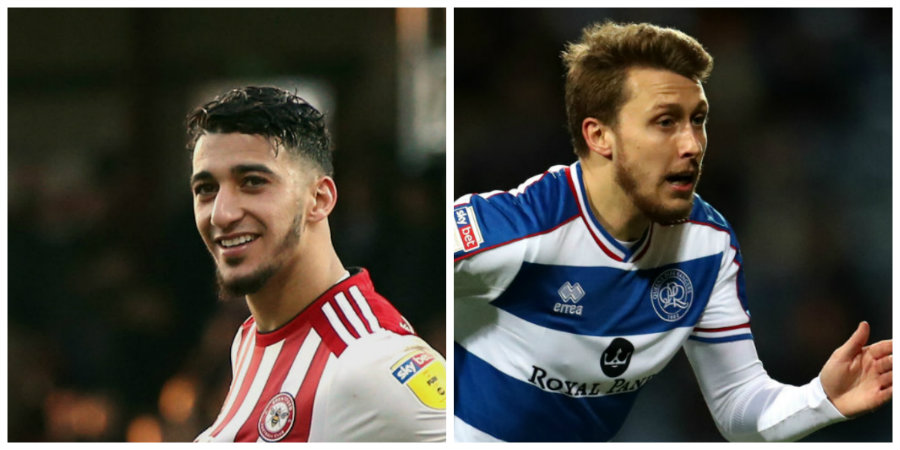 Brentford put QPR to the sword again, beating them 3-0 in the west London derby at Griffin Park. Here’s how we rated the players.

Dealt very well with high balls into his area and then saved from Bright Osayi-Samuel in injury time – Rangers’ first shot on target.

Had a couple of shaky moments early on but grew into the game after that. It was a case of safety in numbers as Brentford’s three centre-backs easily snuffed out Rangers’ pitiful attack.

Had a solid game at the heart of the home defence and didn’t panic when high balls were pumped towards the box.

The senior man in the back three organised it well and covered Jeanvier when necessary.

Managed to keep Luke Freeman quiet and would have scored but for a fine save by Joe Lumley, who kept out his second-half header.

Made a big difference in midfield on his return to the side. Won countless challenges and used the ball well.

Also played a key role with his display in midfield. A highlight was a slick pass to set up a first-half chance for Said Benrahma.

Brentford boss Thomas Frank: “At half-time I said we needed to go more in behind them and you could see that just a simple ball led to the first goal. I was confident we could do it.”

Worked tirelessly on the left, where he was often outnumbered by Darnell Furlong and the hardworking Pawel Wszolek.

Won a penalty with one of a number of runs in behind the Rangers defence. After a quiet first half he made a big impact in the second.

Missed a first-half chance but his overall display was excellent again. He was a constant handful for Rangers and deserved his goal – an easy finish after teed up by Maupay.

Slotted home from the penalty spot, set up the second goal and gave QPR’s defenders a nightmare with his clever movement. Played a key role in a great day for Bees, which was capped by late substitute Sergi Canos’ goal, and a return to action – also as a late substitute – for Emiliano Marcondes.

The goalkeeper was quick off his line when he needed to be – which was often – and Rangers’ defeat would have been far heavier but for his point-blank saves to deny Benrahma and Dalsgaard.

After a nervy start, when he found himself under pressure and outwitted by the pace and touch of Benrahma, Furlong recovered to put in some vital challenges and keep Brentford at bay – up to a point.

The skipper led with some no-nonsense clearances and was unafraid to put his head in where it hurt, but also allowed Maupay to give him the slip for Brentford’s second goal.

Hall’s performance was probably his least tidy since returning to the side and Watkins caused him some awkward moments even before the push that resulted in a penalty.

The former Brentford man’s most notable contribution was to clobber Maupay within seconds of the kick-off, although he went on to make some important blocks later in the game.

QPR manager Steve McClaren: “We chased the game too early and you’re always going to get punished against a very good Brentford team.”

The winger performed well in his personal duel with Moses Odubajo, racing back from inside the Brentford half to smother one break, but was unable to supply many telling balls at the other end.

Why Cousins remained on the pitch for the full 90 minutes was a mystery. He contributed very little, missing tackles and becoming visibly frustrated as the game progressed.

Although Luongo got stuck in and set up a handful of counter-attacks, he was never able to dominate and miscued his only scoring chance, a second-half volley, wildly off target.

As usual, Freeman displayed plenty of energy – but there was little end product and he even managed to get in the way of Nahki Wells’ through ball to Luongo with the game at 0-0.

While he was always willing to track back, Eze’s attacking opportunities were limited and he rarely found his range before making way for Bright Osayi-Samuel in the second half.

Cutting an isolated figure at times, Wells worked hard – but the fact that his most significant contribution was to hack Yoann Barbet’s volley out from under his own crossbar says plenty.

The winger, who replaced Eze for the last half-hour, was booked for a foul on Dalsgaard – but he at least mustered Rangers’ only shot on goal, forcing Bentley into an injury-time save.

Brought on for the last 20 minutes in place of Wells, Hemed never looked likely to spark a comeback and headed his only opportunity wide from Freeman’s corner in added time.

It was surprising that it took boss Steve McClaren until the 77th minute to introduce his centre-forward – who has done well against Brentford in the past – but he had no chance to make an impact.