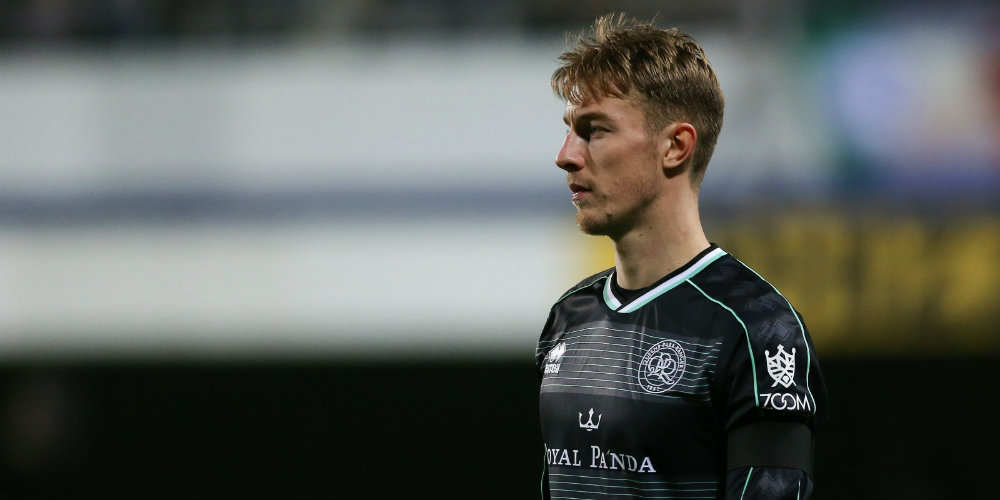 QPR could only manage a 0-0 draw with Stoke despite the visitors playing most of the match with only 10 men. Here’s how we rated each Rangers player on a frustrating afternoon at Loftus Road.

Unlike last Saturday’s dismal loss at Brentford, a fairly quiet afternoon for the QPR keeper with Stoke largely restricted to hopeful efforts from distance.

Occupying a right-back role, Cousins got forward on occasions and kept Stoke pinned back on their left-hand side in the first half while managing to whip in the occasional promising cross.

Reasonably solid at the back alongside Grant Hall, although Stoke lacked variety in their rare attacks other than the direct route, rarely troubling the German stopper.

Sent off for a second yellow card after ungainly chopping down Tom Ince in the 87th minute. Otherwise kept a close eye on Benik Afobe and dealt with the physical threat of the Potters forward well. Originally ended up in the referee’s notebook for what appeared a fairly innocuous challenge on his main adversary but was slack in possession on a couple of occasions.

Picked himself up after the disappointment of last week’s heavy west London derby defeat against former club Brentford with a customary dependable display. Kept close to both Afobe and Stoke midfielder Ince rarely had an opportunity to press forward. 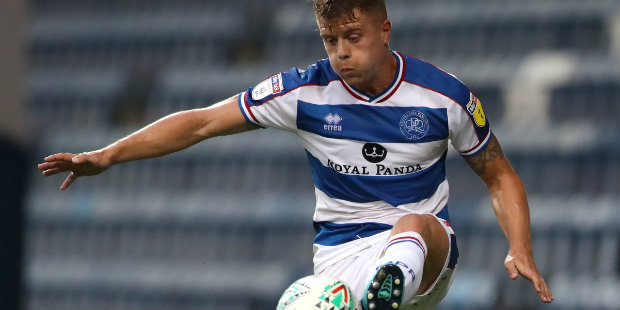 A disappointing afternoon for the Pole. As Stoke’s approach got more physical and, at times, ungracious, he ended up getting a caution for a touchline clash with James McClean and was withdrawn at half-time.

Fired a dangerous-looking left-footed shot a few inches wide as the R’s attempted to take speedy advantage of the Stoke red card. Occasionally wayward crossing when QPR were in a position to open up the visitors.

On the receiving end of Sam Clucas’ cynical stamp which resulted in the Stoke player’s dismissal. Keen to help out Cousins on the right as QPR pressed. A busy display but tired before being replaced by Olamide Shodipo.

A busy start to the game and should have got a bit more power in a 19th-minute effort just inside the penalty area. Subsequently tested Stoke keeper Jack Butland with a long-range grass cutter with Rangers enjoying momentum. Moved over to the right in the second half as part of Steve McClaren’s tactical shake-up. QPR’s best performer on a frustrating afternoon.

A quiet outing for on the on-loan striker. Often the target for rough treatment by Nathan Jones’ men. Got stronger in the second half and was unfortunate not to win a penalty with a handball shout against McClean before drawing a fine save from Butland with a well-directed 81st-minute header.

As expected, encountered an ultra-physical defensive pair in imposing centre halves Ryan Shawcross and Danny Batth. The striker was also involved in a touchline skirmish with Tom Edwards. Brought out the best in Butland, who saved his angled effort in the 52nd minute.

Replaced the ineffective Wszolek at the interval. Started well, with a powerful run and cross on the left, and was a constant threat.

Came on for Scowen as McClaren opted for extra freshness in attack. Lively and sent in a good cross towards Hemed.