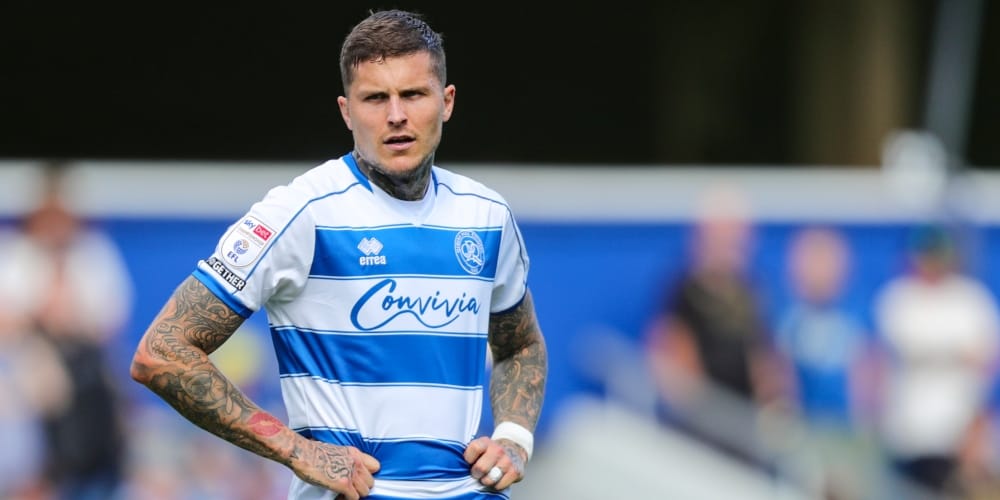 QPR were held to a frustrating 1-1 draw by Rotherham after missing a host of chances to win the game at Loftus Road. Here’s how we rated the Rangers players.

His only task of the day was to pick the ball out of the net midway through the first half. Caught crosses comfortably and set up one very promising attack with a deliberately-struck low goal-kick to the feet of Ilias Chair. A spectator for much of the game.

Some nice runs forward and could have been awarded a penalty on another day after appearing to be tripped in the box following a purposeful run. Not everything came off for the on-loan Manchester United man but some encouraging signs when he linked up with Chris Willock going forward.

Lots to admire about the big Irishman’s passion, will to win and commitment – and one buccaneering run down the left wing that forced a corner in the first half was sight to behold. However, he can be prone to lapses – and almost handed a chance to the Millers in the second half with a very poor quick free-kick. Arguably looks more comfortable in a back three.

Brought the ball out from the back impressively at times but was caught flat-footed for the Rotherham goal when Ogbene reacted quickest to fire home the loose ball following Dunne’s mistake. But dealt comfortably with former Rangers striker Conor Washington.

Conceded the free-kick that led to Rotherham’s goal when he allowed the impressive Ogbene to slip past him and brought the Republic of Ireland striker down just outside the box. Despite his diminutive stature he won some impressive headers. Needs to do more in an attacking sense, but got forward more than he has in previous matches.

Worked hard in the middle of the park as Rangers dominated for large spells. On hand to win tackles and put one fine cross-field pass into the path of Laird. But he was at fault for the Rotherham goal when he failed to clear.

Was enjoying his best performance of the season before a taking a nasty kick across the knee that midway through the second half that ended his involvement in the game. Linked play well from deep and won some good tackles before being forced off looking in great pain.

Had a glorious chance to win the game in the second half when he was found unmarked in the six-yard box by substitute Sinclair Armstrong, but was unable to get a touch to the cross with the goal at his mercy. Otherwise, it was an encouraging return to form for the Morocco international, who worked tirelessly to create chances for his team and set up Willock’s goal with a smart one-two. Still can be guilty of taking one touch too many, but it was his best game of the season so far.

A welcome return to the side and scored a fine goal to put Rangers back on level terms. Still looks a few games away from being back to full fitness, but showed just why he is the main man in this team in the 80 minutes he spent on the field. Showed some promising link-ups down the right with Laird which should give Rangers encouragement going forward.

Given admirable support from the crowd as he battled hard for his team, but looks bereft of confidence in front of goal. Caught in two minds when found by Paal’s cross in the first half and tried to take a touch instead of shooting and the chance went begging. Put through again on the stroke of half-time and would have scored if he put more power into the shot, but his effort was parried away comfortably by Millers keeper Viktor Johansson. Subbed after 70 minutes

Should have won his side a penalty when he his header struck the hand of Oliver Rathbone in the first half, but his appeals were waved away by referee Andy Woolmer. Showed some lovely touches when Rangers went forward, but was often guilty of trying the spectacular when a simple pass would suffice. Grew tired after a decent shift and was withdrawn after 70 minutes.

Did OK when he was introduced for the injured Johannsen and delivered one delicious pass to set Albert Adomah free. However, his lack of pace was evident when he was skinned in the middle of the park as Rotherham created a rare second-half attack.

A typically barnstorming cameo from off the bench for the teenager, but he will be cursing himself after spurning a glorious chance to open his account when he found himself one on one with Johansson but shot tamely at the Swede. A sign of things to come for him from Championship defenders when he was poleaxed off the ball and behind the referee’s back by a Rotherham player. Put the ball on the plate for Chair to score with a fine run and cross, but needs to the composure to match his hugely impressive enthusiasm.

Doesn’t look as dangerous as he did last season from off the bench as he struggled to make many immediate inroads down the right following his introduction. Twice over-ran balls played into his feet by Willock.

Another player guilty of failing to get a touch on a cross into the six-yard box with no-one close to him when he spurned Chair’s fine pass by letting the ball run across him after for what should have been his first QPR.